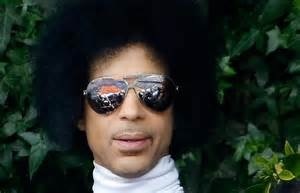 Tragic news from Minnesota, it’s been confirmed that music icon Prince was found dead. There’s no word on how Prince died or circumstances surrounding the death. According to reports, emergency responders were called to Paisley Park at 9:43 a.m. Thursday.

Last week, the 57-year-old Prince was briefly hospitalized in Illinois. It has been reported that the singer has been fighting the flu for several weeks.

Prince was born Prince Rogers Nelson on June 7, 1958, in Minneapolis.

The Minneapolis native broke through in the late 1970s with the hits “Wanna Be Your Lover” and soared over the following decade with such albums as “1999” and “Purple Rain.” His hits included also included, “Little Red Corvette,” ”Let’s Go Crazy” and “When Doves Cry.”

The title song from “1999”  became an anthem for some, includes one of the most widely quoted refrains: “Tonight I’m gonna party like it’s 1999.”