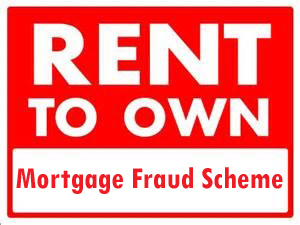 Schneiderman:  The Shameful Actions Of The Defendants In This Case Harmed Many Vulnerable New Yorkers Who Wanted Nothing More Than A Chance At Homeownership

“The state prison sentence announced today brings to justice a defendant who defrauded numerous first-time homeowners,” said Attorney General Schneiderman. “The shameful actions of the defendants in this case harmed many vulnerable New Yorkers who wanted nothing more than a chance at homeownership.”

Clark played a vital role in a mortgage fraud ring led by former attorney Theresa Sanders, which operated for years and netted more than $1 million by preying upon first-time home buyers and institutional mortgage lenders.

Sanders purchased dozens of dilapidated homes in and around the City of Syracuse from the United States Department of Housing and Urban Development, using powers of attorney in the names of family members. Sanders then advertised the homes as rent-to-own opportunities, seeking out first-time home buyers with low credit, who were now offered the chance to own their own homes with no down payments and no closing costs. Sanders promised to work to improve their credit and that after one year of renting the property, they could obtain first-purchase mortgages to buy the homes they inhabited.

In anticipation of the sale of each property to a tenant, Sanders obtained a second appraisal, typically from Essig, which was higher than the previous appraisal she had ordered. The inflated appraised values enabled Sanders to apply for refinance amounts to financial lenders that were significantly higher than the actual values of the properties. After tenants had paid rent for approximately one year to AFA America, a shell company owned by Sanders, Clark prepared forged mortgage loan applications for the properties. Rather than submitting the tenants’ mortgage applications as first-time homeowners, Sanders and Clark submitted applications for refinances of the properties. Sanders and Clark fraudulently listed AFA America as holding a first mortgage on the property, although AFA America had made no such mortgage loan to the tenants. Institutional lenders, believing they were paying off underlying mortgages held by AFA America, wired closing funds to accounts controlled by Theresa Sanders, who then pocketed the money. 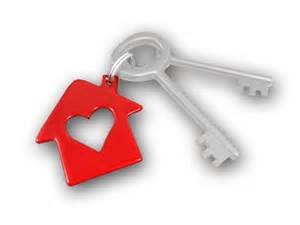 To prevent discovery of their crimes, the defendants used a variety of excuses to withhold from the buyers the deeds to the properties, which caused the buyers to suffer numerous additional hardships stemming from their difficulties in demonstrating that they were the rightful owners of the properties.

Clark is the fifth and final participant of the mortgage fraud ring to be sentenced.  Previously, Sanders was sentenced to 2 1/3 to 7 years in state prison for her role in the mortgage fraud scheme. Michelle Powers, a licensed attorney who conducted the closings for the refinanced loans, was sentenced to 6 months in jail and 5 years probation. Appraiser Steven Essig and property manager Paul Sakowski were also convicted of felonies and were each sentenced to 5 years probation.