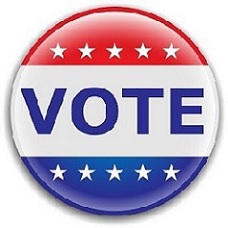 Activists Will Hoist ‘Protect Our Vote’ Signs from Their Vehicles

Activists in vehicles and on bicycles will hold ‘Protect Our Vote’ signs as they converge on James M. Hanley Federal Building on Thursday. The event will be held to demand Congress send $3.6 billion to states, so they can ramp up mail-in voting and early voting to ensure everyone has access to a ballot in November.

Nobody should have to choose between their health and casting their vote, but that’s a decision that voters may face in November. Too many states lack resources to offer sufficient options for voters to safely cast their ballots. We know that vote-by-mail, early voting programs, online voter registration, and other measures prevent crowding and would ensure safe voting in November, but in order to enact and expand these programs, Congress must pass funding for states to use for their elections.

In May, the U.S. House of Representatives passed the HEREOs COIVD-19 stimulus bill, which allocated $3.6 billion in funding for the states and included key provisions to keep voters and poll workers safe. Now, the Senate needs to follow suit.

This event is taking place just a few weeks before the anniversary of the disastrous court ruling in Shelby County v. Holder, which unleashed a wave of voter suppression throughout the country in the form of voter ID laws, political gerrymandering, and voter purges.

We know that communities most impacted by voter suppression efforts are communities of color and that elections not only dictate the President of the United States but also County Sheriffs and District Attorneys – the same people in charge of policing communities and seeing out justice.

That’s why the Senate must take immediate action. They must pass the $3.6 billion in election reforms outlined in the HEROES Act to ensure every American has access to the ballot.