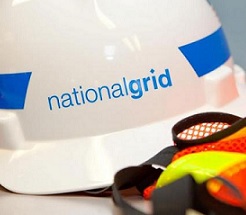 Albany — The New York State Public Service Commission (Commission) has adopted a joint proposal by Department staff, National Grid, and 17 interested parties representing customer, municipal, labor, and environmental interests. The decision establishes three-year electric and gas rate plans that limit the overall revenue increases in the first year to only $43 million or 1.7 percent for electric customers, and only $13 million or 2.4 percent for natural gas customers. The Commission’s decision represents a far better outcome for customers than the company’s initial request for a $326 million revenue increase in electric rates or 13 percent, and an $81 million increase or 14 percent in natural gas rates.

“We are pleased to adopt a progressive rate plan that is much improved over what the company initially proposed,” said Commission Chair John B. Rhodes. “The plan — endorsed with broad stakeholder support by environmental groups, labor, large business customers, and the three largest cities in the company’s service territory — includes a nation-leading affordability policy that substantially lowers bills for most low-income customers. It moves forward the State’s climate agenda by expanding energy efficiency while funding non-wire alternatives and other REV-like initiatives for smarter investments. This decision is a win for the company’s customers and for the future of cleaner and more resilient energy.”

Details of the Commission’s decision include:

Since the beginning of this case, Department staff has worked tirelessly to minimize cost increases by advocating progressive outcomes regarding affordability, energy efficiency, and the environment. The Commission’s decision also reflects the impact of changes to the federal corporate tax rate and bonus depreciation prospectively, with a net first-year benefit for customers totaling $76 million. These benefits are reflected in, and moderate, the revenue requirement increases.

Today’s decision may be obtained by going to the Commission Documents section of the Commission’s Web site at www.dps.ny.gov and entering Case Numbers 17-E-0238 and 17-G-0239 in the input box labeled “Search for Case/Matter Number”. Many libraries offer free Internet access. Commission documents may also be obtained from the Commission’s Files Office, 14th floor, Three Empire State Plaza, Albany, NY 12223 (518-474-2500).