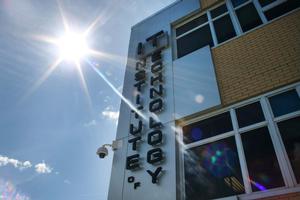 Documents which will be the subject of discussion during the meeting, if any, will be available prior to the meeting, at http://boarddocs.cnyric.org/ny/scsdny/Board.nsf/Public

Seniors from Corcoran, Henninger, Nottingham and Fowler are giving SCSD elementary students a glimpse into their future, as they lead a parade in their caps and gowns.

In an effort to show younger students what they can accomplish with hard work and perseverance, the soon-to-be high school graduates will walk through District elementary schools in their graduation attire. On Friday, June 10th, Corcoran students visited Meachem, Van Duyn, McKinley-Brighton, Dr. King and Roberts schools.

The media is invited to attend Fowler’s walk-through at Bellevue Elementary (530 Stolp Ave) on Wednesday, June 22nd at 10:30 am. 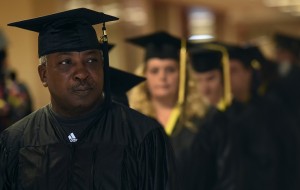 The Syracuse City School District’s Adult Education Program held graduation ceremonies for the Class of 2016 at Fowler High School.  Junior Powell, 64, of Syracuse was one of the 78 people who earned their high school equivalency diploma.  Powell moved to the United States from Jamaica five years ago and became a citizen on May 19.  He felt he needed to get the diploma in order to find a good job.  Photo by John Berry 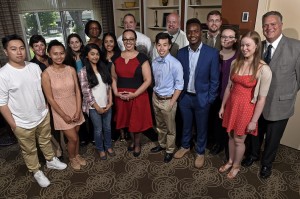 Syracuse City School District Superintendent Sharon Contreras hosted a luncheon at Redfield’s for the Valedictorians and Salutatorians of the district’s five high schools and their principals.  Photo by John Berry.