The writer assumes that every member of the Black Community is controlled like sycophants, by our supreme leaders, Rev. Jessie Jackson and Rev. Al Sharpton.  (see Legislator,  Andrew Dennison’s full letter below)

The following letter was published by auburn.pub, a Cayuga County based publication. Why are we reprinting it? Because this evisceration of Black Lives Matters can serve as an example of a racist letter full of negative racial stereotypes, what’s worse; this letter was written by an elected official.  First clue, be wary of a letter that starts with, “I’m sure after this letter I’ll be called a racist but that’s fine because I know I’m not.”

After allowing the public to view the text of his letter there’s a detailed analysis at the end of this story, explaining what this Cayuga County Legislator is saying, I’m call it Racism for Dummies 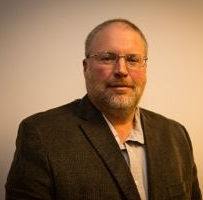 I’m sure after this letter I’ll be called a racist but that’s fine because I know I’m not.

Wake up people if you think the so-called peaceful protests are just that because they’re not. Do black lives really matter when young black children are being killed by other black people who are supposedly peacefully protesting police brutality? Fathers day weekend, 100 shootings in Chicago black on black shootings that left some children dead but hey where’s Al Sharpton or Jesse Jackson for that? Oh that’s right they only think black lives matter when a black person is shot by a white cop.

If you really think doing away with law enforcement across this country is a good idea then you’re just as big of an idiot as the majority of these so-called peaceful protesters. Is there racism in this country? Yes, and unfortunately there probably always will be, but it’s a two-way street. And none of us were here 200 or 300 years ago and we can’t change the past, but we can learn from it, but not if people try to erase it.

Where’s our elected officials at all levels are they just going to stand by and watch our country be destroyed? Oh that’s right there’s nothing like a good protest or pandemic to show the true colors of politics. Again wake up people!

Andrew Dennison is the Cayuga County Legislature representative for District 2.

‘Protests have been anything but peaceful’

1. “Do black lives really matter when young black children are being killed by other black people?”

White people kill white people all the time. Never is so-called ‘Black on Black” more falsely contextualized as it is by the statement. Black Lives Matter because white lives have always mattered, while ours didn’t. An entire system has been constructed guaranteeing the value of white lives over Black lives. The death of so many Black men during police interaction is troubling, given that Dylann Roof who, during Bible study at Emanuel African Methodist Episcopal Church, killed nine people. On his way in the police took him to Burger King. A Black male is more likely to be killed by police, while white men are routinely taken into custody, let alone being treated to a Burger King snack.

“Statistics are cut-and-dry, and they do not lie. According to the FBI’s most recent homicide numbers available, from 2011, a staggering 83 percent of white murder victims were killed by fellow Caucasians. (Of murders committed by Blacks, only 14 percent were of whites.) And because whites are the majority in the country — there are six times as many whites as there are Blacks — that means they commit the most murders.” Atlanta Black Star.com

The writer assumes that every member of the Black Community is controlled like sycophants, by our supreme leaders, Rev. Jessie Jackson and Rev. Al Sharpton. He forgets the number of African Americans who are now elected at the local level, all the way up to the House of Representatives, these are our elected leaders. Jessie Jackson has Parkinson’s and has curtailed his public appearances. Al Sharpton speaks for the voiceless and was asked to come into some of these communities as called upon to deliver eulogies. We have no “leader” that we kowtow or kneel to.

3. “black lives matter when a black person is shot by a white cop”

Just that statement alone is casting all people that support BLM as being Black. Support for the movement has grown among others including, White, Asian, Native American’s, and others.

There was a group of white, Black Lives Matters protesters observed marching in Marcellus, New York, hardly an urban center. You are assuming that all of the protesters are Black, in addition to all protesters hating police officers.  It’s not the person, it’s the conditions that are being protested against. Which is consistent with Civil Rights protests of the past.

1. “Is burning buildings and looting and tearing down statues really a black lives matter peaceful protest?”

2. “most of these idiots don’t even know anything about the statues they’re tearing down “

You begin by calling most protesters, “idiots”. Stating that most know nothing about the statues. People know, that’s why many remnants of the old south are being taken down, by force if necessary. There are people who don’t want remnants of slavery in monument form on our shared public space. The fact is we’ve now learned about the statues and those being depicted, that’s why they’re being taken down. They detailed their purpose for a Confederate State based on slavery, then went to war in a treasonous move.  The south lost, now they feel entitled to monuments to a cause that cost America dearly, in lives and treasure.

1. “doing away with law enforcement…. you’re just as big of an idiot as the majority of these so-called peaceful protesters”

Misrepresentation of the facts. No one is claiming doing away with Law Enforcement. Camden, New Jersey, once crime ridden fired their entire force, restructured their operation with many of the same people and the crime rate plummeted. Police have long complained that they are being asked to do things that are not law enforcement based, this concept radically changed the way Camden handled community policing and the results were positive.

According to the department, the City of Camden has seen a 70% decrease in homicides and a 46% drop in violent crime over the past 7 years.

Camden’s Turn: A Story of Police Reform in Progress A guide for law enforcement and community screenings

According to Politico “And it’s true that the reforms produced real change in the statistics: The excessive use of force rates plummeted. The homicide rate decreased. And new incentives laid the groundwork for a completely new understanding of what it meant to be a good cop.” According to the department, the City of Camden has seen a 70% decrease in homicides and a 46% drop in violent crime over the past 7 years.

You’ve been benefiting by the way this country has been structured for “200 or 300 years” Why do you think there are disparities between Blacks and Whites? Pick the area, opportunities, income, education, home ownership, healthcare.  How my father had to take a test to vote, and my mom had to learn out of hand-me-down books with pages missing from a white wealthier school district in Alabama. That wasn’t 200 years ago. The Civil Rights Act of 1964, Fair Housing Act of 1968 are fairly recent on the timeline of history. We’re not talking about 200 years ago, try looking back about 50, 60 and 70 years in your rear-view mirror.

1963 George Wallace (from his inaugural speech, first term as governor)
“It is very appropriate that from this cradle of the Confederacy, this very heart of the great Anglo-Saxon Southland, that today we sound the drum for freedom as have our generations of forebears before us time and again down through history. Let us rise to the call for freedom-loving blood that is in us and send our answer to the tyranny that clanks its chains upon the South. In the name of the greatest people that have ever trod this earth, I draw the line in the dust and toss the gauntlet before the feet of tyranny, and I say segregation now, segregation tomorrow, segregation forever.”

With the election of Donald Trump in 2016, the confederate flag became in vogue. If you go to Germany, you will not see the swastika displayed proudly as a part of German heritage. The same could be said about Civil War Flags and monuments, they fought and lost a brutal war about the continuation of enslaved labor, that should never be celebrated, nor forgotten.

1. “…stand by and watch our country be destroyed?”

More people are protesting now than at any time during the past 50 years. The murder of George Floyd touched a nerve with the American Public, just as scenes of the Civil Rights protesters getting bit by dogs on the CBS Evening News with Walter Cronkite, these scenes forced a nation to deal with its demons. By simply showing the pictures. Watching a man die before our eyes triggered something in the American psyche, “we’re better than this” as a nation recoiled in horror. Protests, the assembling of our people in peaceful protest is the hallmark of our democracy. The First Amendment, Freedom of Speech.

No one is standing by to, “watch our country be destroyed” These protests you are seeing are people fed up, and they’re taking to the streets. The American public is beginning to send out signals that they’ll be at the voting booths in defiance, exactly what the founders had in mind.