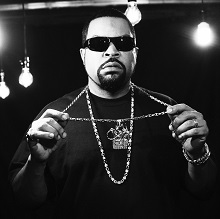 Rap icon, actor and entrepreneur Ice Cube will take to the Chevy Court stage Wednesday, Aug. 28 at 8 p.m. as part of the Chevrolet Music Festival during the 2019 Great New York State Fair. The performance is free with Fair admission. Ice Cube rose to prominence with the iconic rap group N.W.A., soared as a solo artist, became an actor in big films such as “Boyz N The Hood” and the “Barbershop” series, and founded the Big3 pro basketball league.

“Ice Cube is one of the most important artists in the history of rap and we are excited to have him here. This is a show that anyone who enjoys this genre of music will want to see,” said Fair Director Troy Waffner. 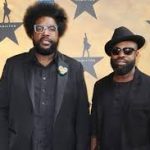 The Roots, one of hip-hop music’s greatest groups and the house band for “The Tonight Show Starring Jimmy Fallon,” will perform at 8 p.m. Sunday, Sept. 1 at the Chevrolet Music Fair at Chevy Court. All performances on Chevy Court are free with Fair admission.

“We’re honored to have Questlove, Black Thought and the band on our stage. They are among the most influential musicians in hip hop and their shows are among the greatest live performances in popular music. This is a night not to be missed,” said Troy Waffner, Fair Director.

Ice Cube Questlove, Black Thought and the band joins a lineup of exciting and diverse performers on the Chevy Court stage that includes: