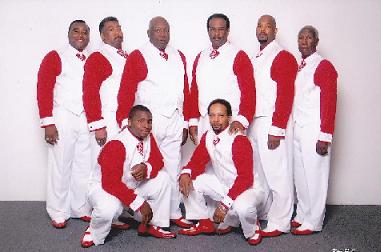 Gospel music comes to Red House when The Bells of Harmony make their long awaited return as part of the Red House Regulars series.

The Bells of Harmony is one of the most recognized and acclaimed ensembles in Central New York, having won Syracuse Area Music Awards and Alpha & Omega Awards. The CNY Urban Music Awards named The Bells of Harmony the Best Gospel Group. In 2006, they celebrated their 40th anniversary by recording their first live CD and DVD. The results of that effort, “LIVE in SYRACUSE” was listed as #3 on The Post Standard’s Top 10 list for recordings by local artists in 2007. That year, The Bells of Harmony won the first Upper State Independent Award.

The Bells of Harmony has been recognized as “Syracuse’s own and one of Central New York’s finest when it comes to Gospel Music.” The group performed at the 2009 NY State Fair as the opening act for national recording artists The Gospel Four as well as at the Pan-African Village and the International Food Pavilion. The Bells of Harmony has traveled throughout the United States sharing the stage with Stellar Award winners and Grammy Award winners like Shirley Caesar, The Williams Brothers and the Canton Spirituals.

The Bells of Harmony will perform at the Red House Arts Center on Saturday, January 9, 2010 at 8PM. Tickets are $15 general admission, $12 for students and seniors and are available from http://www.theredhouse.org. For more information, call the Red House at 315-425-0405 Monday through Friday from 10AM-5PM.