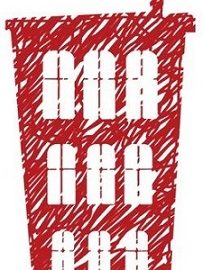 Red House Arts Center will host a New Works Festival on Saturday, February 18th at 7PM in its Lab Space at 219 S. West Street. The event is free and open to the public.

In a yet-to-be-titled piece by Melanie Harrison, a young man, J, wakes up in a hospital room after attempting suicide. Conversations with a bubble nurse intersect with memories of his aunt B. A fantastical dreamscape filled with B’s elaborate storytelling forces J to reconcile his past with his future.

“Our Split Party,” by Colin Hirsch-Wilson, chronicles the vlogging adventures of two BRO-tastic Bernie Sanders fans as they experience the 2016 election. As they try to make videos supporting the democratic party, they face frustration, compromise, and The Donald.

“Late Shift,” by CJ Miller, centers on a late-night run-in at a convenience store between the clerk and a customer who confesses to being a pedophile. Is the customer being honest or just making a highly inappropriate joke? The two debate the relationship between truth and the power of presentation.