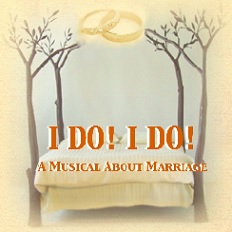 As the holiday season approaches, Redhouse will up the charm with I Do! I Do! A Musical About Marriage, book and lyrics by Tom Jones and music by Harvey Schmidt. Performances will take place November 30th to December 17th, 2017, and will mark the final performances at its West Street location before moving to Redhouse at City Center on Salina Street. This upbeat and nostalgic musical, set to a tuneful score from the creative team behind the Fantasticks, is the perfect farewell toast to our current home at 201 S West Street.

Take a front row seat to the marriage of Michael and Agnes as they navigate 50 years of marriage! Laugh along as the couple navigates through their wedding night jitters, raising a family, negotiating midlife crises, and the final night when they pass on their beloved home to the next pair of newlyweds. The original production of I Do! I Do! ran on broadway for 560 performances, receiving seven Tony Award nominations, and winning the award for Best Performance by a Leading Actor in a Musical in a Musical (Robert Preston). This touching story of two soulmates demonstrates just what it means to love someone for better, or for worse, and features an unforgettable score including the classic songs “My Cup Runneth Over With Love”, “Together Forever”, and the delightfully timely “Nobody’s Perfect.” 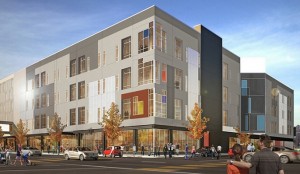 Redhouse prides itself on providing a home in which artists can grow and thrive. We are thrilled to welcome back one of our regular performers, Temar Underwood (Beauty and the Beast, Dreamgirls). This time, Temar will be behind the scenes making his directorial debut with I Do! I Do! A Musical About Marriage. Returning to Redhouse is actress Caroline Strang, who made her Redhouse debut as Belle in last year’s very production of Disney’s Beauty and the Beast. Strang will play the lead role of as Agnes. Making his Redhouse debut is up and coming actor, Luke Hamilton, who will portray the role of Michael.

For tickets and information on I Do! I Do! A Musical About Marriage, call the Redhouse Arts Center box office at (315) 362-2785 or visit www.theredhouse.org.