Redistricting the City of Syracuse: Why Bother? 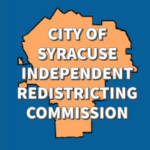 Why have a local representative body when they don’t even venture into these blight infested communities?

I reside in the Second Common Council District; I bought a house right behind Brooklyn Pickle across the street from where a neighborhood junkyard meets Porter School. Demographically it’s poor, white and 1,000 feet from what is known as Tipperary Hill. The differences are as dramatic as the house landing on the Wicked Witch of the West in the Wizard of Oz and suddenly technicolor, however in this neighborhood it’s the reverse. South of West Genesee Street is Tipp Hill, north of W. Genesee St. is the Far Westside.

Our Second Council District has some economically stable areas. What stands out are some of the poorest census tracts in these United States, and our Common Councilor for the Second Council District, Pat Hogan is nowhere to be found. This is his second bite at the apple, after serving several terms he was out of office and then returned to serve some people of the Second Council District. The reason I say “some people” is regardless of the crisis on the block, sewer collapse- feces filled basement, growing junkyard in the middle of a residentially zoned area, our Common Councilor is absent. My Onondaga County Legislator Ryan and newly elected County Legislator Charles Garland have done more in 2 days than my Common Councilor has in his multiple terms “serving”.

I wouldn’t send a child to a school where they see blight all day long. But you see, it doesn’t matter on this side of West Genesee Street. For most of the last fifteen years Mr. Hogan has (mis)represented this area, our residential neighborhood has seen a steady decline toward blight.  While within 1,000 feet they’re hawking $1,500 per month apartments.

Why have a local representative body when they don’t even venture into these blight infested communities? It doesn’t matter what the Syracuse Common Council becomes, because on the Far Westside of Syracuse there is no representation.

We have a sewer collapse issue, and the city must coordinate repair and funding issues with our neighbors. I’ve been vocal and active, therefore I assume it was a no-brainer for the city to ask me to coordinate meetings that must occur with residents to deal with our sewer issue.

Before I responded to the e-mail I paused and I heard my late mother’s voice in my ear, “Fool” she said; “How many letters and how many meetings before you realize there’s not going to be a change.”  I thought about a representative that’s PAID to represent our city and our neighborhoods and why I’m doing his job! This is like having a self-service local government checkout line at Wegmans, if that’s the case who needs a representative?

After 15 years on a Far Westside Street and $2,000 remaining on my mortgage, I realize that it doesn’t matter where the Common Council lines are drawn. They sign up for a job that implies neighborhood advocacy. And they are advocates; for murals, festivals, and concerts while some of our neighborhoods continue their descent into residential living Hell. While we’re raising 12- & 13-year old’s that carry guns, we can shake our collective buttocks in Clinton Square.

Changing District lines in a Democratic City is simply rearranging deck chairs on our residential Titanic. 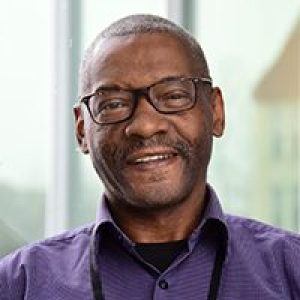