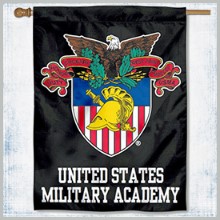 The honor of attending a service academy comes with the obligation and commitment to serve in the military for a minimum of five years upon graduation.  Congressional nominations are required for students seeking admission to the U.S. Military Academy, U.S. Naval Academy, U.S. Air Force Academy or U.S. Merchant Marine Academy. A nomination is not required for the U.S. Coast Guard Academy. Congressman Katko may nominate up to ten individuals for each vacant academy slot allotted to his district.

Students graduating from high school on or before July 1, 2018 are eligible to apply for a nomination.

Congressman John Katko represents the 24th Congressional District of New York, which includes all of Onondaga, Cayuga, and Wayne Counties and the western portion of Oswego County.  For more information visit https://katko.house.gov or www.facebook.com/RepJohnKatko.