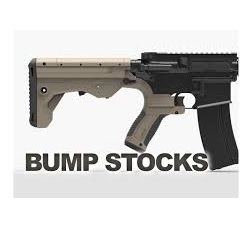 “Following the horrific and senseless shooting in Las Vegas last year that killed 58 people, I joined my colleagues on both sides of the aisle in urging a permanent ban on bump stocks.  I’m glad that the Administration has taken action and moved forward with this vital request.

“I have and will always be a strong 2nd amendment supporter — but bump stocks transform semiautomatic guns into machine guns.  As a former federal prosecutor, I worked for nearly 20 years to keep illegal guns off our streets.  These devices have no place in our society.

“We must continue to work in Congress to keep firearms out of the hands of those who want to do harm to others or to themselves.  I remain committed to doing so in a bipartisan manner