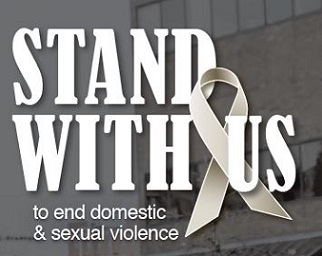 WASHINGTON, D.C. – U.S. Rep. John Katko (NY-24) this morning spoke on the floor of the U.S. House of Representatives to recognize the 23rd annual Vera House White Ribbon Campaign and to urge his colleagues to stand in solidarity against domestic violence and sexual assault.

Video of Representative Katko’s can be found here.  His remarks, as prepared for delivery, are below:

Mr. Speaker, I rise today to speak out against domestic violence and sexual abuse.

As a former federal prosecutor, I have seen firsthand how domestic violence affects people of all ages, races, religions, and socio-economic backgrounds.

According to the National Coalition Against Domestic Violence, nearly 20 people per minute are physically abused by an intimate partner.

We must work together to end this abuse.

Central New York is home to Vera House, an organization that works to prevent and respond to domestic and sexual violence.

Yesterday, Vera House kicked off its 23rd Annual White Ribbon Campaign in Central New York. This campaign raises awareness for the need to put an end to domestic violence and sexual abuse.

This month, thousands of Central New Yorkers will be wearing a white ribbon or a white wristband – as I am today —  to stand in solidarity against domestic and sexual violence.

I urge my House colleagues to join me in wearing a white ribbon to demonstrate a personal pledge to work towards preventing violence against men, women, and children. I yield back the balance of my time.

Congressman John Katko represents the 24th Congressional District, which includes all of Onondaga, Cayuga, and Wayne Counties and the western portion of Oswego County.  For more information, please visit https://katko.house.gov or www.facebook.com/RepJohnKatko.