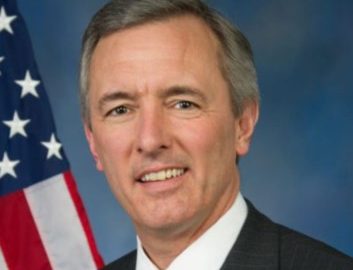 Animals seized from fighting rings often spend a considerable length of time in shelters while awaiting a disposition. Additionally, taxpayers are left to foot the bill for the victims’ medical and shelter costs. This legislation expedites the disposition process for animals allowing them to be quickly placed in a home, as well as holds the perpetrators responsible for the cost of the victims’ recovery.

“Animals saved from fighting rings deserve to be matched with loving, caring homes. Furthermore, we must hold criminals legally and financially responsible for the abuse of these animals,” said Rep. Katko. “The HEART Act accomplishes both initiatives. Under this legislation, the disposition process is improved, animals spend less time in shelters, and individuals responsible for harming animals are required to pay the costs of the animals’ care. Animal abuse and neglect has no place in our society. I am proud to once again sponsor this legislation and will continue to work with my colleagues in Congress to address this issue.”

“Dog fighting is a particularly heinous crime that must be stamped out, but, unfortunately, when the animals are seized, the cost and care often falls on local shelters,” said Rep. Chu. “Court proceedings can take over a year, which means the cost of doing the right thing can total millions of dollars. Additionally, shelters are unable to rehabilitate these animals until the proceedings have completed, which leaves animals stressed. It’s unjust that taxpayers and local shelters are picking up the tab for the care of these animals. This bill would help remedy that by allowing courts to consider animal welfare when determining trial expediency and requiring responsible parties to reimburse taxpayers and shelters for the cost of caring for animals. I am so pleased to be able work bipartisanly to help keep animals safe and place responsibility where it belongs. And today’s introduction of the HEART Act brings us one crucial step closer.”

“Dogfighting is a brutal ‘blood-sport’ in which innocent animals are forced to train, fight and suffer for the entertainment and profit of spectators,” said Richard Patch, vice president, federal affairs of ASPCA Government Relations. “These animals have suffered enough at the hands of their abusers, and the red tape of the federal forfeiture system should not be a barrier to their adoption. We are grateful to Senators Harris and Collins, and Representatives Chu and Katko, for championing the HEART Act to streamline the process to give these victims of cruelty the chance they deserve to find safe and loving homes.”