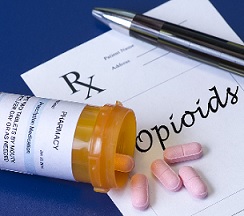 Just over three years ago, before I was elected to serve in Congress, I met a grieving mother from Oswego County.  Teresa Woolson had recently lost her son, Victor, to synthetic drugs.  Despite this unimaginable loss, Teresa channeled her heartbreak into advocacy.  In her son Victor’s name, she formed the VOW Foundation and began her tireless work to help others who were struggling.   As part of this effort, Teresa pledged to get the synthetic drug that killed her son, XLR-11, off the streets.

Toxic, synthetic substances, like XLR-11, mimic hard street drugs like marijuana, LSD, cocaine, and ecstasy.  They can be more potent and even more deadly.  Usually located overseas, manufacturers of these substances slightly alter the chemical structure of the drug to avoid law enforcement scrutiny and prosecution – and current law has not kept up.   As a former narcotics prosecutor, I saw the infiltration of these synthetic substances, including fentanyl-laced heroin, into our community.  I saw drug manufacturers keeping one-step ahead of local law enforcement and skirting prosecution.   As a former U.S. attorney, but more importantly, as a father, ridding our community of these poisons is among my top priorities.

Last year, through legislation that I introduced, the drug that killed Victor was finally added to the Controlled Substances list.  While we’ve made great strides, it should not be the case that it takes nearly five years to ban a known, deadly drug.  We need a more streamlined process to permanently ban these poisons.

Recently, I stood at Crouse Health together with local advocates – including Teresa, law enforcement, not-for-profit organizations, and healthcare and treatment providers to propose a bipartisan, commonsense solution.  As these folks who work on the front lines know all too well, the influx of synthetic drugs and opioids has continued to hit our community hard.  Just a few weeks back, we saw a record surge in overdoses in Syracuse, with the most vulnerable in our community targeted in the Mission District.  Local law enforcement and first responders were dispatched to over 15 overdoses in less than 24 hours, as local emergency rooms were inundated with patients.  Our community has even been dubbed “Spike Nation,” by The New York Times.

The measure I’ve introduced, the Stop the Importation and Trafficking of Synthetic Analogues (SITSA) Act, is an incredible step forward to more swiftly stop the unlawful importation and distribution of synthetic drugs.  This measure gives law enforcement the necessary tools to target synthetics and the criminals who traffic them.

First, it modernizes the Controlled Substances Act, establishing a mechanism by which synthetic analogues can be temporarily or permanently added to a new schedule in as little as 30 days after the chemical composition is determined.   This simplified method will go a long way in speeding up the process for outlawing synthetic poisons.

Next, it outlaws 13 synthetic fentanyls which have been identified by the Drug Enforcement Administration as an immediate threat to public health and safety. These substances have caused at least 162 confirmed deaths in the U.S., with thousands more suspected.

While most agree we need action to address this public health crisis, some have criticized the approach of this bill.  I would like to address these criticisms.

Some argue this measure gives sweeping authority to the Attorney General to immediately ban substances and would, as a result, hinder research.  On the contrary, the goal of this bipartisan legislation is to not only prevent drug abuse, but to facilitate proper research by our scientific communities so we may keep up to date on these chemical compounds and fully understand newly invented substances.

Others claim this measure only proliferates the failing war on drugs.  I spent the better part of my career as a prosecutor and strongly believe safety valves should be in place to ensure lower level, nonviolent criminals are not over-penalized.  This bill simply operates within the parameters already set by current law.  It expedites the process to get these poisons off the streets, and specifically omits federal simple possession of a synthetic drug from its reach.  It creates a mandatory minimum only if distribution of the drug ultimately results in death.

The synthetic drug and heroin epidemic is a public health crisis that has severely impacted our community.   In Congress, I have fought for a comprehensive approach to combat this scourge.  In addition to this measure, I will continue to fight to enhance treatment efforts, develop prevention education, and bolster support for our law enforcement.  Alongside champions like Teresa, Central New York’s strong network of behavioral health and treatment professionals, local law enforcement, and all of those working on the front lines, I am confident we can make a difference.