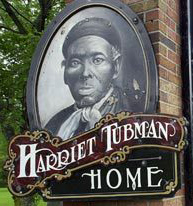 Syracuse, NY – U.S. Representative John Katko (NY-24) today urged the U.S. Justice Department (DOJ) to approve a pending agreement currently before the DOJ which would finalize the process of establishing the Harriet Tubman Home in Auburn as a National Park.  In a letter sent to U.S. Attorney General Loretta Lynch, Representative Katko noted that the project is in a holding pattern until DOJ approves of the agreement.

“Harriet Tubman is an American hero who left her mark on Central New York.  Her home right here in Auburn is a symbol of her courageous and tireless efforts to advance the rights of African Americans and women,” stated Representative Katko. “The creation of a National Park in her name is not only a fitting tribute to an extraordinary woman, but it will allow Central New York residents and tourists from across our nation to learn more about her life’s work.” 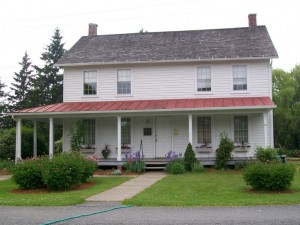 For the past four months, the DOJ has been reviewing a pending General Agreement for the purchase of land between Harriet Tubman Home, Inc., and the National Park Service (NPS).  Because the property is owned by a religious entity, the transaction is required to receive a mandatory review by the DOJ and approval by the United States Attorney General to ensure that the agreement does not violate the Establishment Clause of the U.S. Constitution.   However, as Representative Katko outlined in his letter to Attorney General Lynch, this matter has been before the DOJ for some time, with the draft general agreement being transmitted to the DOJ in early December of last year.

“This project is too important to our community and to our nation’s history to be slowed down by government bureaucracy and red tape,” continued Representative Katko.  “I’m hopeful that Attorney General Lynch will recognize the importance of establishing the Harriet Tubman Home as a national park, and move quickly to make this project a reality.” 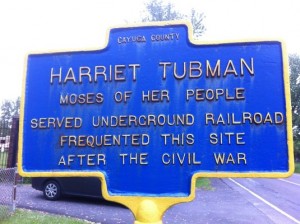 A copy of Representative Katko’s letter to Attorney General Lynch is below:

I am writing to inquire about the status of a U.S. Department of Justice (DOJ) review of a pending general agreement between Harriet Tubman Home, Inc. (HTH), located in my Congressional District in Auburn, NY, and the National Park Service (NPS) on the purchase of land necessary to create a manageable unit of NPS.  To date, the Harriet Tubman Home and the National Park Service have worked hand-in-hand to develop the site into a new national park unit.  This unit is of tremendous historical significance, and will give the public a valuable resource to learn about Harriet Tubman’s heroic contributions to our nation.

In order to create a manageable unit, NPS must complete the purchase of a parcel of property from HTH, Inc..  Because the property in question is owned by a religious entity, the transaction must additionally receive a mandatory review by the DOJ and approval from the United States Attorney General to ensure that the agreement does not violate the Establishment Clause of the Constitution.  This matter has been before the DOJ for some time, with the draft general agreement being transmitted to the DOJ in early December of last year.  Until this review is complete, and you have personally approved of the transaction, all work on the establishment of this National Park unit must necessarily be put on hold.

I would appreciate an update as soon as possible on DOJ’s timeline for completing this review and rendering a decision.  Your assistance in answering this inquiry would be greatly appreciated.

Please direct any questions or information regarding this inquiry to my Syracuse District Office at 440 S. Warren Street or by phone at 315-423-5657.

Thank you for your assistance. 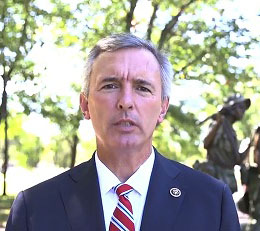 Since being elected to represent Central New York in Congress, Representative Katko has focused on growing tourism to boost our region’s economy.  In addition to supporting the establishment of the Harriet Tubman Home as a National Park, he has introduced legislation in the U.S. House of Representatives to elevate Fort Ontario and the Safe Haven Holocaust Refugee Shelter Museum in Oswego to National Park Status.