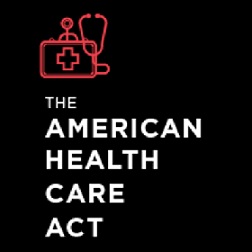 With the healthcare debate center-stage in Washington, I would like to take the opportunity to outline my position on the Obamacare repeal effort as it moves to the Senate.

The core of my viewpoint has been clear since I began running for Congress: Obamacare is deeply and systemically flawed, and left untouched it will collapse under its own weight with dire consequences for Central New York families and healthcare providers. For all of Obamacare’s many faults, a repeal without a viable replacement would pull the rug out from under millions of Americans and worsen conditions in an already failing healthcare marketplace. That’s why I have long maintained that we cannot repeal Obamacare without a viable replacement ready to take its place.

Our nation’s elected leaders have a duty to fix the underlying issues in our healthcare system, but with an industry as complex, large, and important as the health sector, replacement legislation has to be carefully considered and it has to be done right. I remain optimistic that Congress will eventually reach agreement on legislation that repeals Obamacare, while fully replacing it with a set of reforms that fix the big problems it caused.

Last week, the House of Representatives voted on legislation that repeals significant parts of Obamacare and creates a tax credit program to aid the purchase of insurance by individuals and families. In taking this vote, I subjected the legislation to the same question that I have every other Obamacare repeal bill that has come before Congress: Does it both repeal and replace Obamacare? After fully reading the bill and repeatedly analyzing its provisions, I determined that the answer is no.

In addition to being, at best, a partial replacement, I voted against this bill for four main reasons: it fails to address the ever-rising cost of care, it would gravely affect hospitals and access to care in New York, it could harm the viability of the already-weak individual health insurance market, and would place big new costs on New Yorkers.

The most fundamental problem with healthcare in our country is the high and fast-rising cost of obtaining care. If we are going to make it easier for families and individuals to obtain affordable insurance, the first order of business is to halt rising costs and start to push them down. This bill did not contain adequate market reforms necessary to accomplish that. Instead, we are told that this bill is just a first step towards more comprehensive market reforms. I welcome further proposals, but the content, and political viability of such reforms remains entirely unclear. On its own, this bill leaves the issue of rising costs largely unaddressed.

For individuals who choose to purchase insurance, we need to make sure there is a viable and competitive individual insurance marketplace on which to do so. I am concerned that this legislation would weaken the individual insurance marketplace because the tax credit system on which the bill is based would not provide adequate incentive for healthy young consumers to purchase insurance. Striking a balance in the marketplace that ensures protections for older Americans, and those with pre-existing conditions, while also providing affordable insurance options to young consumers has long been a challenge in our nation’s healthcare sector. The measure before the House last week did not do enough to attract young, healthy individuals to balance out the healthcare marketplace. This could lead to spiraling premium costs, or even the failure of segments of the health insurance industry.

Finally, I am deeply concerned that New Yorkers would take a big financial hit as a result of this legislation. The bill phases out an expansion of the Medicaid program that took place under Obamacare. That means a massive loss in federal funding to the State of New York – more than $4.5 billion, according to most estimates. New Yorkers would be forced to pick up the tab, very likely through higher state or local taxes. My job as the representative for Central New York is to look after the interests of my constituents while ensuring that critical national priorities are addressed. I take that duty seriously, and I cannot square it with a piece of legislation that would deliver a big financial hit to Central New York.

I’m confident that voting “no” was the right decision for the people of my district, but whether or not this bill ultimately gets passed by both houses of Congress, the work of ensuring an affordable, market-based, patient-centered healthcare system has just begun.

I remain hopeful that my colleagues in the Senate will act to pursue patient-centered reforms – including tort reform, interstate competition and association plans – and present the president with a measure worthy of his signature. I remain committed to engaging in that process.