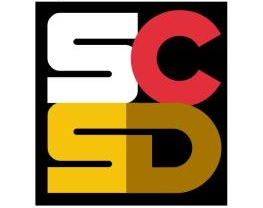 Reports of sporadic fighting and clashes between students and Police and student fighting with each other. Parents alerted by social media descended on Henninger High School to check on their children. According to several parents who do not want to be identified, said they were “reportedly” told by school officials, “There’s nothing of concern going on at Henninger” This was a direct contradiction to what was being reported via the internet.

Last evening the Syracuse City School District released a statement, “Henninger High School will be closed to students on Thursday, September 16, 2021 for a Professional Development Day.

Henninger staff are to report at their normal time. Students should NOT report to Henninger on Thursday, September 16th.

This change applies to Henninger students and staff ONLY – all other SCSD schools will operate on a normal schedule.”

That was the extent of the message coming from SCSD. No mention of the fire alarm or the sporadic fighting that appeared to have broken out in several different location inside and outside of Henninger High School.  Video reportedly from Henninger High School as documented acts of violence from September 15th. Click Here: Violence broke out both inside and outside the school

However, on social media it was a different story as numerous videos were posted on various platforms.  Rumors of a gun being stolen from a Police Officer, in addition to the possibility that a student was tased. These and other questions will be answered at press conference scheduled minutes before the media event was to take place.

This is a story that’s changing by the minute, as both students and authorities tell their side of the story. What we do know from the video is that there was fighting and a sense of chaos within the school. Both parents and students are upset at the seemingly overwhelmed staff, confusion and lack of order in a Syracuse City School District facility.