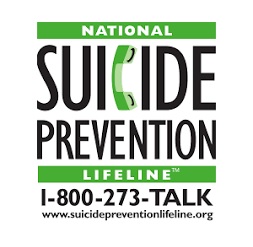 “In recognition of September as National Suicide Prevention Month, I’m proud to take the lead in offering a bipartisan resolution before the House alongside Reps. Napolitano and Beyer,”said Rep. Katko.Suicide is a tragedy that has impacted countless families in Central New York and nationwide, regardless of demographics.  We must do more to eliminate the stigma associated with seeking mental healthcare, and to ensure those who are struggling are able to seek the help they need.  As co-chair of the bipartisan Mental Health Caucus, I am committed to working across the aisle to do just that.”

“September National Suicide Prevention Month is a time to educate the public on the warning signs and symptoms of mental illness, share resources and stories of resilience, and spread hope as we break the silence and stigma,” said Rep. Napolitano. “Suicide affects all of us and does not see race, gender, age, political party, or ZIP code. Our bipartisan resolution recognizes that suicide is a public health crisis, preventable, and must be a national priority. I am grateful to introduce it with Congressmen Katko and Beyer, whose leadership on the Suicide Prevention Task Force is bringing together our colleagues, experts in the field, persons with lived experience, and advocates to combat suicide and ensure life-saving services for all in need.”

“We all can do more to help raise awareness of the warning signs of suicide and basic suicide prevention methods,” said Rep. Beyer. “This year National Suicide Prevention Month finds the country facing a disturbing and rapid rise in the incidence of suicide, according to CDC data. Each of us knows people who have been affected by suicide, and we have to do everything we can in our communities and as public officials to reverse this trend.”