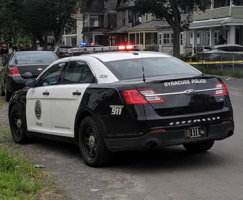 After reading the statement issued to the community from the President of the Police Benevolent Association, there was a lot to process. I attempt to break it down and add some context to Mr. Piedmont statements. The opening line of this “manifesto” is like a slap in the face, as PBA President Piedmont leads, “With all of the over the top anti-police rhetoric currently going on “.

Okay, you have our attention. The following is a point -by-point refutation of Mr. Piedmonte’s statements which were, “over the top”.

Piedmont: “The Breonna Taylor case in Kentucky. Why is it that the media never mentions that her boyfriend shot an officer when they attempted to serve the search warrant? “

Fact Check – The police who were investigating Taylor’s apartment did have a “no-knock” warrant to enter that address. The warrant for Taylor’s address was approved due to Taylor’s prior association with a suspect in a drug case. She had no criminal record, and no drugs were found in her apartment. Since her death, “no-knock” warrants have been banned in Louisville. He makes it appears as though it was a basic process, this was not your standard “search warrant”.

Legal scholars have criticized the issuance of a no-knock warrant in the Taylor case, seeing the move as unjustified and invasive.

Piedmont: “The officers didn’t make any racial slurs or insult the suspect in anyway that I’m aware.”

Note: You don’t have to utter a racial slur to engage in a racist act. Just that response shows a complete lack of understanding race relations.

Piedmont: “After breaking free of the officers the suspect proceeded to his vehicle where an officer attempted to stop him by pulling on his shirt; when he couldn’t stop the suspect, the officer fired his weapon.”

Fact Check: Shot seven times in the back at close range.

Piedmont: “If the suspect didn’t resist arrest and flee he wouldn’t have been shot. “

Note: Therefore, it’s safe to assume that if a suspect “flees” shooting is the just punishment.

Piedmont: “Structures were burned, officers were injured and patrons of restaurants dining outside were terrorized by BLM members.”

Fact Check: The aforementioned statement makes a broad assumption that these law breakers were “members of Black Lives Matters” Such a blanket statement is as harmful as stating “All Police Are Racist” as both are false narratives.

The Black Lives Matters movement has developed a life of its own. From the hills of Marcellus to city neighborhoods and from the mouths of protestors. On Onondaga Lake there’s a sailboat that flies the Black Lives Matters flag, in support of the overall themes of the movement. Not everyone that carries a BLM sign agrees with every position, but the slogan has become a rallying cry for people from all races and backgrounds. By the time President Johnson signed Civil Rights Legislation into law, even he spoke the words, “We Shall Overcome”.

Piedmont: “The same groups are calling for immediate action but these investigations take time and need to be thorough.  Even when immediate action is taken, buildings are burned and looted such as in Minneapolis, where the officers were fired and arrested within days of the incident.”

Fact Check: 98% of Black Lives Matters themed protests have been peaceful. Mr. Piedmonts assessment places blame on BLM, a key arrest made in the Minneapolis Police Precinct fire was of a white anarchist. Black Lives Matters protestors stopped a white woman with a BLM T-shirt spray painting Black Lives Matters on a Starbucks wall.  (There are operatives that swoop in and create havoc and law enforcement has identified them as anarchists, not associated with BLM.)

What do we tell our Young Black Men?

Piedmont: “There is a lot of talk of teaching young people what to do when confronted by the police. Statistics will bear out that very few police contacts end in a police shooting.”

I’m now 63, at 13 I was given that “talk” by my parents. My friends have grandchildren, the conversation is the same, some 50 years later. “Be respectful and comply” that doesn’t erase the angst that every Black parent has when their teenager takes the car.

The person who shot up a church prayer meeting was taken to Burger King after his arrest, before booking. Shooting a man 7 times because he reportedly had a knife in his car. In Rochester, what appears to be a mental health crisis was handled as a blatant criminal offense.

The Mental health crisis in all communities is a real challenge for policing, when Black people have episodic breakdowns, in far too many cases they’re shot and killed.

Piedmont: “Politicians and these athletes now want to pass laws restricting all law enforcement officers because of a few cases they feel were unjust; even when the officers were cleared by the DA or the DOJ. “

Fact Check: The term, “these athletes” as it relates to people has the same cultural impact as referring to African American’s as “you people”. Right out of the gate, the bias against a class of people is clear. Athlete’s being selected out, harkens back to republicans and conservatives leading the charge, “shut up and dribble”. These athletes pay more in taxes than Amazon’s Jeff Bezos.

Piedmont: “In Syracuse we’ve been fortunate that our residents for the most part have given the system time to do its job as opposed to other cities. I also believe that by the department providing facts in a timely manner it has helped us within the community.”

Note: Instead of building on that good will that exists between the people, the community, elected leaders and the police. Mr. Piedmont has repeatedly tossed kerosene on any efforts to change the status quo. Whether it’s about police officers in the schools, perceptions of police brutality, or real civilian review powers.  The PBA’s rhetoric instead of finding common ground among the people they’re hired to serve, has reduced the African American community of Syracuse into residents of an occupied land.

Piedmont: “In the overwhelming majority of the times if you comply with the police officer you will not have any issues. Attorney General Barr has a phrase ‘comply today, complain tomorrow’.  That statement is great advice for everyone.”

That would be the key to this entire exchange about community police relations. Unfortunately, there has been concern, since its inception that for The Civilian Review Board and those filing complaints, “tomorrow never comes”.

If the system worked as Mr. Piedmont proclaims, there would be effective citizen review based upon legitimate concerns of both parties.  It doesn’t matter if you’re a 30-year veteran photographer for Advance media or a person under suspicion for some criminal activity. Being embodied with para-military powers, our police departments in America have life and death decision making powers over the citizenry.

Instead of coming to the table with common goals from which constructive conversation can begin; The missive from President of the Syracuse PBA reads like a manifesto issued by an occupying military force. As previously stated, branding every member of Black Lives Matters as violent participants in riots, is a scurrilous as saying “all police are racist” as neither is true.