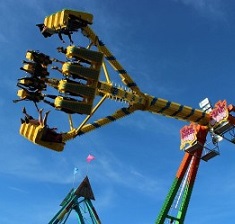 The Department of Labor inspections are a three-step process: 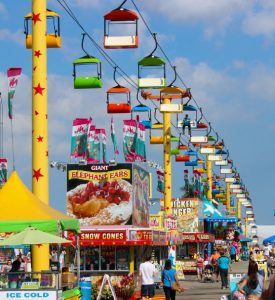 Unlike at other state fairs around the country, at the Great New York State Fair, rides are set up far in advance of the event opening, giving inspectors significantly more time to fully examine each ride.

In addition to standard testing, rides at the Great New York State Fair undergo non-destructive testing (NDT) by certified experts to verify the structural integrity of each ride.  No ride that fails an inspection or that has not been fully and completely inspected is permitted to operate.

In addition to the inspections performed by the State, the Department of Agriculture and Markets and the Great New York State Fair use the services of an independent inspector.  Also, the Fair’s Midway operator, Wade Shows, will once again employ independent inspections of the midway rides throughout the 13-day Fair.