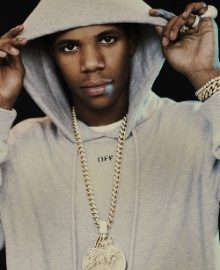 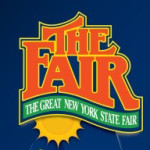 “We love nothing better than being able to present an up-and-coming star in any genre of music, such as our shows featuring Bruno Mars and Florida Georgia Line just as they were becoming household names.  This promises to be a great show and highlights our commitment to providing a lineup that reflects the diversity of our great state,” said Waffner.

A Boogie Wit Da Hoodie joins a diverse and star-studded 2018 lineup that includes:

The Chevy Court stage is the home of up to 26 national touring acts each year.  A diverse 2017 lineup, including performers and groups such as Migos, Lynyrd Skynyrd, Earth Wind & Fire, The Beach Boys and Three Doors Down drew 264,600 fairgoers.  Chevy Court won two Syracuse Area Music Awards in 2017 as People’s Choice for Favorite Venue for Live Music and Favorite Festival or Music Series.  The Fair was nominated for Fair of the Year by the International Entertainment Buyers association, the trade organization for live entertainment industry professionals.  Free concerts at Chevy Court are sponsored by Chevrolet.

About A Boogie Wit Da Hoodie

In less than two years, the multi-platinum Bronx native A Boogie Wit Da Hoodie has become an imposing force in hip-hop, proclaimed the “most promising young rapper the city has produced in some time” by the New York Times. In 2017, he released his debut album, “The Bigger Artist.”

Forbes said that “A Boogie is “no one hit wonder,” and at the age of 21, having three Billboard Hot 100 singles proves them right. After he broke the ice with “Timeless” off of his TBA EP, his next two hits became RIAA Certified Platinum including his smash hit “Drowning” featuring Kodak Black, which spent 21 weeks on the chart and was streamed over 300 million times. The XXL Freshman’s debut features a high-profile cast of featured artists including Chris Brown, 21 Savage, Trey Songs, PnB Rock, YoungBoy Never Broke Again, and fellow High Bridge The Label rapper Don Q. Production duties were executed by an eclectic group; Metro Boomin, Scott Storch, DJ Mustard, Murda Beats, Cardo and more.

On September 20th, A Boogie teamed up with the Garden of Dreams Foundation and WHEDco (Women’s Housing and Economic Development Corporation) to give back to his hometown, the Highbridge neighborhood of the Bronx. A Boogie gave kids in need from his community school supplies while hanging out, taking pictures and signing autographs.

There’s no doubt that A Boogie, born Artist Dubose, was born to live up to his name. From being called “a key part of the revitalization of New York rap” by Forbes, to playing Jay-Z’s Made in America Festival, to being brought out by Drake at his sold-out Madison Square Garden appearance, the 21-year old with an affinity for euphony is on the brink of superstardom.