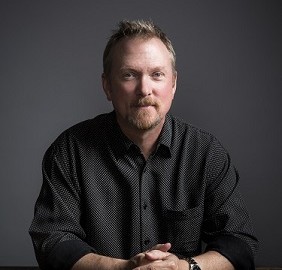 Robert M. Hupp has been named the Syracuse Stage’s new artistic director. For the past 16 seasons, Hupp has served as producing artistic director of Arkansas Repertory Theatre (The Rep). He assumes his new role in July, and succeeds Timothy Bond, whose tenure began in 2007.

Hupp has enjoyed a long, distinguished career as an artistic leader, director, and educator. From 1989 to 1999, he was artistic director of the acclaimed Jean Cocteau Repertory in New York. Hupp also served on the board of the Theatre Communications Group, a nonprofit theatrical organization in New York, and has served as a panelist and on-site evaluator for the National Endowment for the Arts.

“Theatre is best served when the artistic leader roles up his sleeves and engages in the issues that affect all aspects of life in the community,” says Hupp. “Artistic leadership means bringing the creative voice of the theatre to the community. My philosophy of theatre is tied to the idea that we have the rare opportunity to create important communal experiences for our audiences.”

Hupp’s appointment follows a months-long national search conducted by Greg Kandel of Management Consultants for the Arts. The search committee, in turn, involved members of Syracuse Stage’s Board of Trustees, senior Syracuse Stage staff, as well as professors and administrators from Syracuse University’s College of Visual and Performing Arts (SU:VPA).

“Bob’s record of achievement at Arkansas Rep, combined with his proven commitment to high artistic quality, makes him an excellent choice to lead Syracuse Stage into the future,” says Bob Pomfrey, chair of Syracuse Stage’s board, as well as founder, president, and CEO of POMCO. “I think our community will find him engaging as an artist and will come to value him as a contributor to the cultural discourse of Central New York.” Pomfrey also chaired the search committee. 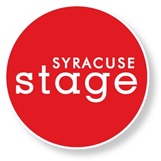 Hupp has overseen steady growth and development at The Rep, widely regarded as the state’s flagship performing arts organization. Since 1999, the company has tripled its budget to $4 million; increased its contributed income and subscriber base by 100 percent and 30 percent, respectively; and broadened its artistic and economic base through various co-productions with other LORT theatres and civic and academic partnerships.

Much of its success lies in exploring the great diversity of the theatrical canon, including Shakespeare, American classics, contemporary plays, and musicals.  The Rep’s current season includes a new adaptation of The Little Mermaid, along with a new comedy directed by Jason Alexander (of Seinfeld fame). Last season, The Rep rang in the holidays with the world premiere of Because of Winn Dixie, a musical by Duncan Sheik and Nell Benjamin based on the award-winning novel. 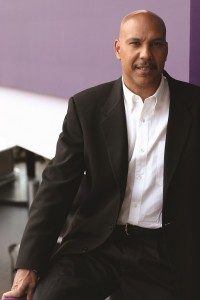 “Bob brings strong institutional experience and astute awareness of the varied roles the theatre plays within the broader community,” says Louis G. Marcoccia, board president of Syracuse Stage and executive vice president and CFO of the University. “He has demonstrated his extensive capability as an artistic leader, as an administrator, and as liaison with the community.”

Hupp has held faculty and administrative positions at Dickinson and the University of Arkansas at Little Rock, where at the latter he helped restructure the Department of Theatre Arts and Dance and served as interim chair.

“I am particularly drawn to Syracuse Stage because of its close association with the University,” Hupp says. “I am at home in the academic world, and I welcome the opportunity to contribute to the educational and cultural life on campus.”

Hupp brings with him a strong commitment to community service, as evidenced by his involvement in Little Rock with the Arts and Cultural Commission, Acansa Arts Festival, Vision Little Rock, and the Little Rock Cultural Attractions Group. He also has been a part of the Creative Economy Advisory Board for the State of Arkansas.