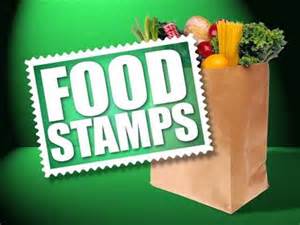 ROCHESTER – New York State Inspector General Catherine Leahy Scott today announced that a Rochester grocer who defrauded the government of more than $16,000 by illegally exchanging food stamps with low-income customers at his store for a fraction of their value in cash was sentenced today to 16 jail work weekends.

Nabil Saeed, 59, owner of Discount Food Market on Avenue D in Rochester, pleaded guilty last March in Monroe County Court to Misuse of Food Stamps, a felony. His plea led to today’s sentencing and included his forfeiture of more than $50,000 cash that was seized from his store.

Saeed was one of three charged last year as part of a year-long investigation by local, state and federal authorities into the illegal trafficking of more than $35,000 worth of food stamp benefits. Arrested last year along with Saeed was Kamalaldain Ahmed, 55, of Rochester, the owner and operator of Hudson Best Mini Mart on Hudson Avenue, and Aimal Sultan, 42, of Penfield, owner and operator of S and M Mini Mart on South Avenue. Ahmed and Sultan were also charged with Misuse of Food Stamps. Ahmed and Sultan have both since pleaded guilty to the charge and were each also previously sentenced to 16 jail work weekends.

“These were corrupt grocers entrusted to be part of a program to assist New Yorkers who are most in need of financial assistance,” said Inspector General Leahy Scott. “I will continue to vigorously pursue anyone who defrauds the public benefit system and the people it serves.”

The food stamp program, known also as the Supplemental Nutritional Assistance Program, or SNAP, is licensed and funded by the USDA, managed in New York by the State Office of Temporary and Disability Assistance (OTDA), and administered locally by the various social services districts around the State. The benefits are intended to provide food for low income residents including working people, seniors, individuals with disabilities, and others. Food stamp eligibility and benefit levels are based on household size, income, and other factors. The benefits can be accessed at registered retail stores throughout New York State using an Electronic Benefit Transfer card. Stores authorized to accept the benefits are licensed by the USDA.

Inspector General Leahy Scott thanked the USDA’s Office of Inspector General, Rochester Police Department, Monroe County Department of Human Services, and the State Office of Temporary and Disability Assistance for their cooperation in this investigation. The Inspector General also thanked the Monroe County District Attorney’s Office for handling the criminal prosecution, and the United States Attorney for the Northern District of New York which is handling the seizure of any assets forfeited by the defendants.