The New York State Democratic Rural Conference will hold its twenty-first annual gathering this Friday and Saturday, April 21 and 22, at the Marriott Syracuse Downtown. The “DRC” brings together Democrats from all of the 47 counties in New York with populations under 250,000 to network, attend training and informational sessions, and to hear from New York’s Democratic leaders. 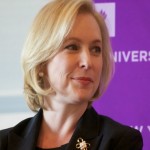 Conference registrants will also have the chance to attend sessions on the upcoming state constitutional convention vote in November, campaign social media best practices, fundraising, and labor in New York State. The membership will also hold elections for officers and members of the Board of Directors.