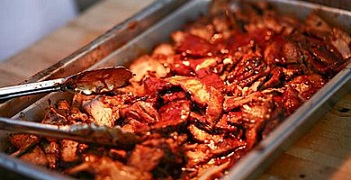 Central New York’s largest BBQ festival takes place on May 21-22, 2016 in Clinton Square in downtown Syracuse, NY.  Eat great BBQ while you help raise funds for homeless veterans right here!  A benefit for Phoenix Philosophies, a Syracuse, NY based 501(c)3 charity raising funds to eradicate homelessness among our veterans, the BBQ festival features a 30 team professional BBQ contest, a kids BBQ contest and an Amateur Contest on Sunday.  Two of Sunday’s competition classes are automatic qualifiers for the World Food Championships in late 2016.  If you love BBQ then join the 2016 Salt City BBQ Festival and help end veteran homelessness by eating the best BBQ Central New York has to offer!

The Salt City BBQ Festival is a BBQ event featuring BBQ restaurants selling great BBQ, a Kansas City BBQ Society sanctioned BBQ contest, music and beer.  This is a fundraiser for Phoenix Philosophies, an organization that purchases and renovates homes to house our homeless veterans here in Syracuse, NY.  Come on down and eat awesome BBQ and help raise funds to help those that have served us and need our help.

​ The 2016 Salt City BBQ Festival features a professional BBQ Cook-off on Saturday.  Come on down and visit some of the world’s best BBQ’ers as they compete for cash and prizes.  Bring your camera and take pictures of their impressive cookers as these teams compete for important points and cash.

On Saturday welcome the Kids’ Q cookoff. Kids love to get in on the action too and they’re not leaving them behind. More details will be published soon on the “Kid’s Q” competition.