The event celebrated Dennis Dowdell; a man with a distinguished career as a social worker, civil rights leader and community servant

The Men of Omega Psi Phi Fraternity Inc. held their annual Dennis Dowdell Scholarship reception Thursday, February 6, 2020 at the Embassy Suites Destiny USA, Syracuse from 6:00pm-9:00pm.  It was an evening of food, fellowship and fun. (see photo gallery below)

Over 100 people attended the event that continues the legacy of the extraordinary achievements and legacy of Brother Dennis Dowdell: a man with a distinguished career as a social worker, civil rights leader and community servant. Attendees included Omega Men from across the state, and a who’s who of recognizable African American community members. Many greetings included, “I haven’t seen you in years!”

Proceeds from the reception goes towards their annual scholarship fund, which supports young men in Onondaga County in pursuit of higher education. Over 32 years, Omega Psi Phi Fraternity, Inc. Chi Pi Chapter has distributed over $75,000 in scholarship funds. 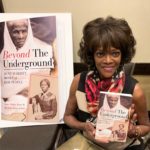 Harriet Tubman book Author Michele Jones Galvin was also in attendance with copies of her book about the African American history icon.

The event was a gathering, a combination of Syracuse’s African American “Greek” organizations, (fraternities and sororities), friends, family and the awardees celebrating excellence in our urban community.

Past awardees include Hon. Sandra Townes, Mark Muhammad, Sharon Owens, Melanie Littlejohn, Judge Langston McKinney and many more to numerous to name in this space.

Citizen of the year 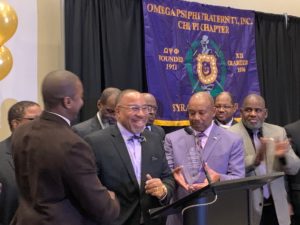 The fraternity honored Ahmeed Turner, Director of Say Yes to Education receiving the Citizen of the year.

Thanking his family and mentors, Turner’s endeavors were recognized by the fraternity as standing out, for his commitment to education and the impact of his participation.

Organization of the Year

Alpha Kappa Alpha Sorority, Inc. as it’s Organization of the Year, the “AKA’s” along with other Greek letter organizations have as part of their mission, community service projects.

Led by Evelyn Ingram, members of the sorority gathered to accept their award,

Omega’s Man of the Year 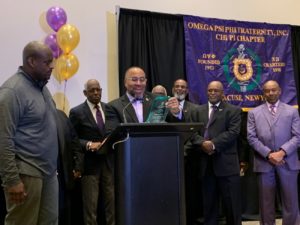 Earned a Football Scholarship to Syracuse University; Inducted into the Athens, GA Athletic Hall of Fame; Earned a master’s degree from Purdue University.

Joined Omega PSI PHI Spring 2006 – Employed by Syracuse University for the past 18 years.  Member of Bethany Baptist Church, Feeney enjoys Taekwondo, Pool and Chess and is a proud husband and father of 3 girls.

The evening formal activities ended with each Black Greek letter organization being recognized. George A. Kilpatrick an Omega served as Master of Ceremonies and Anthony Cherebin, Chi Pi Chapter President (Basileus) made closing remarks.   And then the party began…. 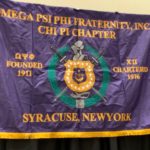 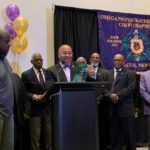 Presentation of Omega Citizen of the Year 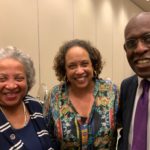 over 100 Community members attended the event 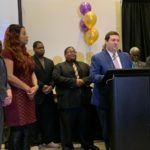 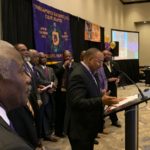 George A. Kilpatrick was MC 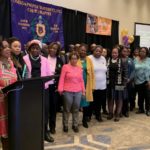 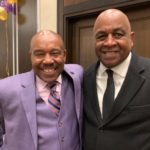 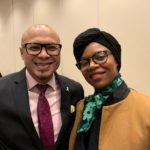 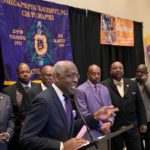 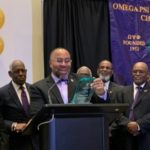 George A. Kilpatrick presents Omega “Man of the Year” 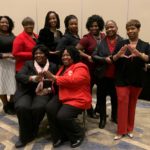 Delta Sigma Theta was in attendance as were other Greek letter organizations. 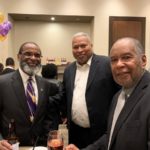 Frat & Friends, over 100 people came out to celebrate. 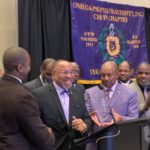