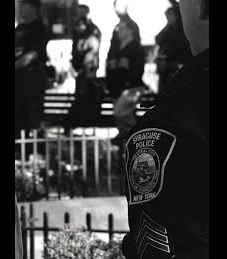 The Syracuse Police Department’s current use of force policy is vague and lacks specific guidance on the appropriate use of force and when officers are justified in using force. This lack of guidance has led to incidents between the SPD and the public, including an incident where a Syracuse police officer put a 14-year-old boy in a chokehold until he lost consciousness.

The conversation on Saturday will focus on the impact of the SPD’s use of force policy on the Syracuse community, ongoing litigation and advocacy efforts around the issue, and specific policy recommendations to reform the current policy.