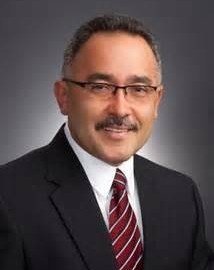 The Syracuse City School District Board of Education has named Jaime Alicea Interim Superintendent of Schools for the Syracuse City School District. Alicea was most recently the Chief Operations Officer for the district, overseeing the facilities, food service, safety and security, and transportation divisions. He will assume his new role on August 8th.

“I am humbled and honored to be chosen to lead the Syracuse City School District during this very important transition period,” said Mr. Alicea.  “I have worked in the Syracuse City School District and lived in the City of Syracuse for my entire 33-year career.  I know that we have great teachers, administrators and support staff and that our students, parents and families are capable of accomplishing great things and I look forward to continuing the work of the last five years,” added Alicea.

Mr. Alicea, a life-long educator, began his career in the Syracuse City School District as a teaching assistant for one year at Seymour Elementary School before moving into a teaching position for the next six years.  He served as an administrative intern, vice principal and principal at Fowler High School, Dr. King Elementary School and Seymour Elementary School.  In 2003 Mr. Alicea was named Deputy Superintendent for Supervision and Instruction, overseeing the supervision of all 38 schools in the district.  Since that time, he has been a member of the Superintendent’s Senior Cabinet as an Area Superintendent and most recently Chief Operations Officer.

“The Board of Education could not have made a better choice.  Jaime has served the District faithfully for over 30 years and knows the history of the Syracuse City School District better than most,” said Superintendent Sharon L. Contreras.  “Knowing how deeply committed and passionate he is about the students, staff and families in the District, I know that he will do everything in his power to see that they are successful,” added Contreras.

Mr. Alicea will serve as Interim Superintendent as the SCSD Board of Education conducts a national search to permanently fill the role.

“On behalf of the Board of Education, I would like to congratulate Mr. Alicea on this appointment.  He is the consummate professional and educator and is the best person to lead our school district through this interim period,” said Board of Education President Derrick Dorsey.  “His experience in the Syracuse City School District and passion for the students, families and staff is evident in everything he does.  We are all confident in his abilities and know that this appointment will result in a smooth transition.”

Mr. Alicea holds several degrees including a Bachelor of Arts (University of Puerto Rico), Masters of Science in Foreign Language Education (Syracuse University) and Certificate of Advanced Study in Educational Administration (Syracuse University).  He has been awarded the Latino Educator of the Year, NAACP Community Service Award, YWCA Academy Diversity Achievers Award and the Nosotros Radio Educator of the Year.