Syracuse, NY – Senate Majority Leader Andrea Stewart-Cousins, Senator Rachel May, Syracuse Deputy Mayor Sharon Owens, and Syracuse City School District Superintendent Jaime Alicea toured the proposed Onondaga County STEAM School location. The new science, technology, engineering, arts, and mathematics (STEAM) school will be located at the former Central Tech High School, which has been vacant since it closed in 1975. The project is part of the Syracuse Surge initiative and will be overseen by the City and SCSD but open to students across Onondaga County. 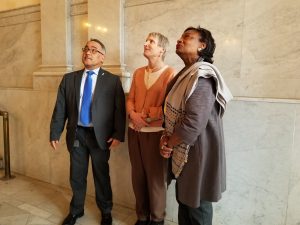 Senate Majority Leader Andrea Stewart-Cousins said, “Education is the great equalizer in our society and the new Onondaga County STEAM School will be an amazing asset for a new generation of Central New York students. I commend Senator Rachel May on her leadership and advocacy for the new STEAM School in Onondaga County as well as for the entire Syracuse Surge initiative. With leaders like Senator Rachel May in the Senate Majority, we will continue to improve the economic strength and quality of life for Central New York communities.”

According to Senator Rachel May, “The new STEAM School will offer students in Onondaga County, and particularly SCSD students, a wide variety of benefits. Syracuse will join the rest of New York’s big 5 cities in having an arts school, while allowing students to develop key skills to thrive as part of today’s workforce. The regional aspect of the school will help break down the city/suburb divide. For so many reasons, the STEAM school is a big idea that will help propel our city and region into the future. I look forward to working with community partners and in Albany to help this project succeed.” 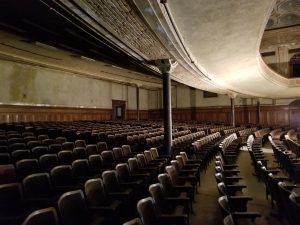 Syracuse Deputy Mayor Sharon Owens added, “The STEAM school will serve as the heart of the Southside Campus for the New Economy, an area dedicated to educating and training our residents for the opportunities of tomorrow. In addition to bringing together students from the city and the surrounding suburbs in a downtown school, the community-based and collaborative planning process will incorporate local voices and ultimately aims to ignite neighborhood transformation in a part of our city that has been historically underserved. We thank Senate Majority Leader Andrea Stewart-Cousins and Senator Rachel May for their interest and efforts in supporting this project and highlighting its importance.” 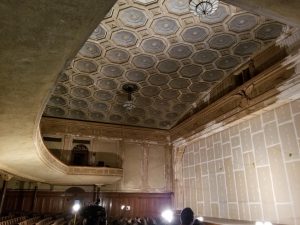 The Syracuse Surge initiative was announced by Mayor Ben Walsh earlier this year with the purpose of reviving the South Side of the City. The proposal has earned widespread support from Syracuse City Council, Onondaga County, State Legislature, and Governor Cuomo. The STEAM school will provide technical and workforce training to prepare students for a wide range of career opportunities.