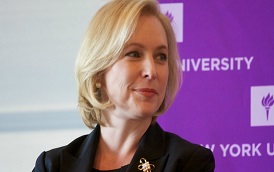 “It’s extraordinary that Harriet Tubman, a civil rights icon and New Yorker, will get her rightful place on the $20 bill so that future generations of Americans will learn her story and the integral role she played during a painful time in our nation’s history. It is past due for a woman to be represented on our currency, and Harriet Tubman is a fitting choice for this honor.

“My friend Lin-Manuel Miranda has done our nation a great service by telling Alexander Hamilton’s story. It’s fantastic that because so many people learned about the American hero who created our financial system, Hamilton will remain on the $10 bill.”