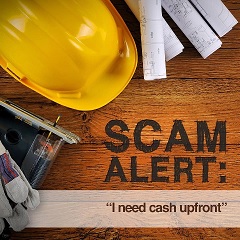 Jason Briere, Owner of “Under Construction,” Found In Civil and Criminal Contempt of Court for Engaging In Home Improvement Contracting Work Without Posting $25,000 Performance Bond

Briere Will Pay Over $40,000 In Restitution to Compensate Aggrieved Consumers, In Addition to Civil Penalties And Costs

A.G. Urges Those Who May Have Been Defrauded to Contact His Office, Offers Tips to Protect Homeowners from Fraud

SYRACUSE—Attorney General Eric T. Schneiderman today announced that a Consent Order and Judgment has been entered in his contempt case against Jason M. Briere, a home improvement contractor who was recently doing business as “Under Construction.” In October 2017, the Attorney General brought this contempt case against Briere after receiving consumer complaints that revealed Briere was operating a home improvement contracting business in violation of a prior court order. The original order was obtained in 2014, after the Attorney General sued Briere for engaging in repeated illegal and deceptive acts and practices. As a result of that lawsuit, Briere was prohibited from operating a contracting business unless he posted a $25,000 performance bond with the Attorney General’s office. However, the recent complaints revealed that Briere was continuing to

engage in the very same deceptive acts and practices that were the basis for the Attorney General’s 2014 lawsuit. In both instances, the Attorney General’s investigation revealed that Briere had repeatedly defrauded consumers by failing to: perform work or complete work after receiving payment, provide refunds for incomplete or defective work, respond to consumer complaints, provide consumers with a written home improvement contract that complied with state law, deposit consumer down payments in escrow accounts, and give consumers notice of their three day right to cancel.

“This settlement is a win for impacted Syracuse consumers who were duped into forking over cash for shoddy work or for services that they never received,” said Attorney General Schneiderman. “New Yorkers who believe they were similarly defrauded should contact my office right away. We will continue to aggressively pursue crooked home improvement contractors and win back New Yorkers’ hard-earned money.”

The Attorney General urges any consumer who may have been defrauded by Jason Briere to promptly contact his office. In order to be eligible for restitution, consumers must file their complaints online or by phone at 315-448-4848 by March 12, 2018.

Pursuant to this contempt Consent Order and Judgment, Briere will pay $40,420 to reimburse four consumers who suffered damage from his fraudulent conduct. Briere will make monthly payments to the Attorney General’s office until these consumers, as well as the 13 consumers identified in the Court’s original 2014 Order, are fully reimbursed. Additionally, Briere was fined $2,000 for criminal contempt. Sentencing for civil and criminal contempt will be deferred as long as Briere complies with all terms of the Consent Order and Judgment, including the monthly payment schedule.

When planning to use a home improvement contractor, consumers should consider the following tips:

Additional information on how to avoid home improvement scams can be found on the Attorney General’s Website.