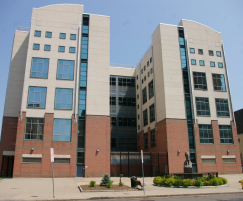 Peng was freed from the bed sheet and Justice Center staff immediately administered CPR. Peng was transported by AMR Ambulance to University Hospital where she remained in critical condition. Peng had been incarcerated in the Justice Center since Wednesday, September 1st on a violation of probation charge.

On Saturday, a judge released her from sheriff’s custody. Peng passed away on Wednesday evening. The New York State Attorney General’s Office has been notified along with the New York State Commission of Correction, who will review the incident.