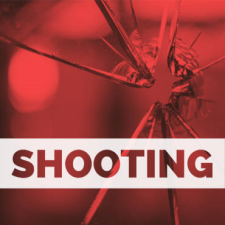 On Friday, October 8th, 2021, at around 11:32 P.M., Officers responded to the 1000 block of Park Street for a shooting with injuries call. Upon arrival, Officers located a 35-year-old female who was shot in the stomach.  The victim was transported to Upstate Hospital, where she is expected to survive. There were several 5.56 caliber casings found on the scene.

While Officers were attempting to investigate this incident, a large crowd in the area created a disturbance. One of the males in the group, Nathaniel Newton, 31, was arrested and charged with disorderly conduct for his violent and threatening actions on the scene.  He was released on an appearance ticket.

The shooting investigation is active and ongoing; anyone with information is asked to call the Syracuse Police Department at (315) 442-5222. ​