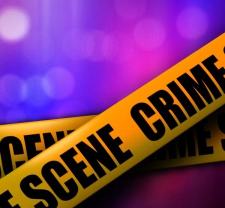 On Saturday, October 23rd, 2021, at around 3:34 P.M., Officers responded to the area of S. Midler Avenue and Erie Boulevard East for a motor vehicle collision/shots fired call. Upon arrival, Officers located two vehicles that had collided, a Dodge van and a BMW.

Three occupants of the BMW, 20,23, and a 24-year-old male, fled the scene after the crash and were located by police close by. These males were taken to Upstate Hospital for minor injuries.   The driver of the Dodge van was not injured.

The investigation revealed that the BMW was being chased by a vehicle that was firing gunshots at them. As the suspect vehicle was chasing the BMW, the BMW crashed into the Dodge van and then flipped over.  The suspect vehicle fled the scene after the crash. Several casings were found in the area of Hazelwood Avenue / Seeley Road.

Additionally, a residence in the 300 block of Seeley Road was struck by gunfire, as well as a vehicle in the Salvation Army Parking lot located on Erie Boulevard.  The investigation is active and ongoing; anyone with information is asked to call the Syracuse Police Department at (315) 442-5222. ​