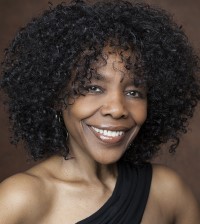 Syracuse, NY, July 12, 2021 – The Society for New Music presents the opera Libba Cotten: Here this Day as part of the 2021 Cazenovia Counterpoint Festival on July 17th at 7:30pm at the Catherine Cummings Theatre at Cazenovia College, 22 Lincklaen St.

The opera is the brainchild of SNM board member Francis Parks and tells the story of the humble, gifted, left-handed singer/songwriter Elizabeth Cotten, who played the guitar and banjo upside down and backwards. Reflecting that, the libretto, by African American CNY native Kyle Bass, has an episodic structure which moves backwards in time. 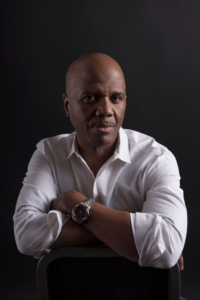 Kyle Bass is a two-time recipient of the NY Foundation for the Arts Fellowship (fiction in 1998 and playwriting in 2010), a finalist for the Princess Grace Playwriting Award, and Pushcart Prize nominee. As a dramaturg, Kyle worked with acclaimed visual artist Carrie Mae Weems on Grace

Notes: Reflections for Now, which premiered at the 2016 Spoleto Festival USA, then produced at Yale Rep and Kennedy Center in D.C. From 2005-2018, Kyle taught playwriting in Syracuse University’s Drama Dept. and theatre courses in the African American Studies Dept. Kyle previously served as the Burke Endowed Chair for Regional Studies for 2018/19 in Colgate’s Dept. of Theater, and is currently on the Colgate faculty. Kyle holds an M.F.A. in Playwriting from Goddard College.

Composer Mark Olivieri has had his music performed throughout the U.S. and abroad in such venues as Kennedy Center, Carnegie Hall, Sibelius Academy, Royal Academy of Music in Stockholm, Glinka Concert Hall in St. Petersburg, Russia, and Harpa Concert Hall in Reykjavik, Iceland. Olivieri’s compositions are inspired as much by Black Sabbath and Thelonius Monk as they are by traditional concert music. Olivieri earned degrees from Heidelberg College, Ithaca College, and a Ph.D from the Univ. at Buffalo. 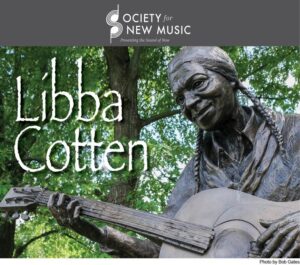 Libba Cotten grew up in the segregated South, and worked as a domestic at age 9 in order to earn money to buy her own guitar. She wrote Freight Train at age 11, a song still performed today. It has been covered and recorded by many famous folk and rock musicians, most recently Rhiannon Giddens.

The City of Syracuse honored Libba Cotten in 1983, naming her the first Living Treasure and establishing Libba Cotten Grove Park. In 2012 the city, in collaboration with Syracuse University, erected a statue of Libba in the park near MLK School and Tucker Baptist Church to honor her legacy.

Based in Syracuse, NY, the Society for New Music commissions, performs, and records new works by regional composers, catalyzes artistic connections across Central NY, and expands the audience for new music.