Syracuse, NY, January 27, 2019– The Committee to Re-Elect Ben Walsh for Mayor hosted the annual Mayor’s Ball at the Landmark Theatre on Salina Street. The event was sold out, and attracted a wide swath of attendees, ranging from elected government officials, local dignitaries and luminaries, and citizens from all neighborhoods in the city. 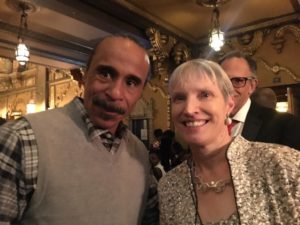 The committee selected the Landmark for a variety of reasons. Walsh’s inauguration was held in the nationally registered historic landmark. The theatre has special significance to the mayor personally, as he sat on the Landmark’s board of Directors for over 3 years. According to Matt Read, member of the Committee and Professor at Le Moyne College – “The Landmark was a great choice for this year’s ball. It marks the administration’s first year in office in the building where the Mayor was sworn in.” Read referred to the theatre as “a fitting historic location celebrating all the city has achieved since that snowy morning last January.”

The committee is proud of the wide array of attendees. “The fact that the event has sold out, and has attendees from every neighborhood across the city is a testament to the impact the Mayor and his administration has had on unifying our city. We couldn’t be more proud of Syracuse and the Mayor heading into 2019,” said Read. 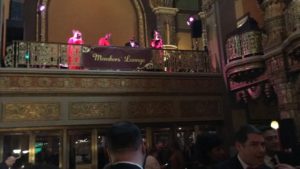 Mayor Walsh is the 54th Mayor in the history of the City of Syracuse, and only its second independent Mayor. Putting aside partisan and personal politics, Mayor Walsh has been a leader in some of the most transformational projects in Syracuse’s recent history. The Mayor’s experience in the public, private, and non-profit sectors has earned him a reputation as a pragmatic and collaborative leader. The current administration is using this inspiration to unify our city. Mayor Walsh currently resides on the city’s west side with his wife, Lindsay, and their two daughters.