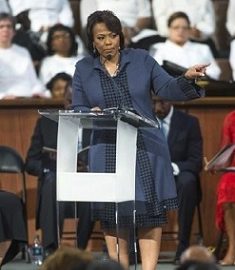 Mrs. King wrote the letter in 1986, as Sessions was being considered for a Federal Judgeship. King writes, “Mr. Sessions has used the awesome powers of his office in a shabby attempt to intimidate and frighten elderly black voters,” she continues, “For this reprehensible conduct, he should not be rewarded with a federal judgeship.” 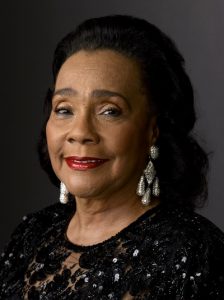 For reading the letter, Sen. Elizabeth Warren’s behavior was deemed a violation of the Senate’s rules of decorum. Then by using a seldom deployed parliamentary rule, Majority Leader Mitch McConnell silenced Warren, banning her from any debate regarding Sessions nomination to the post of Attorney General.

King, obviously disturbed by the tone-deaf treatment of her mother’s letter, struck back. Bernice King, using principles and tone of the Civil Rights Movement, ends her list of 10 nuggets of advice post with one powerful word, resist!

Keep demonstrations peaceful. In the words of John Lennon, “When it gets down to having to use violence, then you are playing the system’s game. The establishment will irritate you – pull your beard, flick your face – to make you fight! Because once they’ve got you violent, then they know how to handle you. The only thing they don’t know how to handle is non-violence and humor.”

When you post or talk about him, don’t assign his actions to him, assign them to “The Republican Administration,” or “The Republicans.” This will have several effects: the Republican legislators will either have to take responsibility for their association with him or stand up for what some of them don’t like; he will not get the focus of attention he craves; Republican representatives will become very concerned about their re-elections.