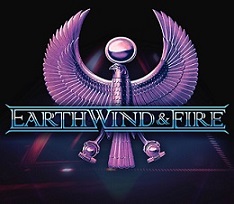 One of the greatest bands of all time, Earth, Wind & Fire, will bring the soulful grooves that have kept people dancing for decades to a special show on Chevy Court at the Great New York State Fair at 8 p.m. Sunday, August 27, Acting Fair Director Troy Waffner announced today.

With a signature sound beyond categories and a groove as deep as the soul of the planet, Earth, Wind & Fire’s legendary journey began in 1969 and has set the standard for music of all genres. The band has released a total of 23 albums, recorded eight #1 R&B singles, produced eight Double Platinum Top 10 Pop Albums, earned more than 50 Gold and Platinum albums and sold more than 90 million albums worldwide. In 2000, EWF was inducted into the Rock and Roll Hall of Fame and The National Academy of Recording Arts & Science bestowed its highest honor and presented the Grammy Lifetime Achievement Award to the band in 2016 – the ninth Grammy Award for the band.

“We’re honored to host Earth, Wind & Fire at the Fair for the very first time.  It’s hard to believe they’ve never performed here before, but that just makes this show even more special.  They’re a major part of what I believe is the greatest, most diverse Chevy Court lineup in our history,” said Waffner.

Concerts at Chevy Court are sponsored by Chevrolet.
The New York State Fair, operated by the New York State Department of Agriculture and Markets, runs from August 23 to September 4, 2017. The Fair’s mission, reflected in its theme, “FIND YOUR GREAT,” is to showcase the best of New York agriculture while providing top-quality entertainment.