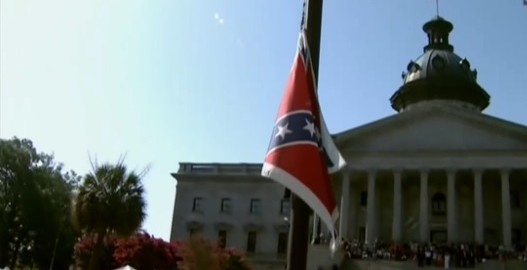 The South Carolina House and Senate voted to remove the Confederate flag from Capitol grounds, in an early morning vote on Thursday, July 9, 2015. South Carolina raised the flag at its Statehouse more than 50 years ago in response to the civil rights movement.

After the bill was approved by the state’s House of Representatives it faced hours of debate in the Senate.  After boisterous debate, the Senate bill passed 94-20 and was sent on to South Carolina Gov. Nikki Haley for her signature.

According to the Senate bill, the Confederate flag would have to come down within 24 hours of approval and signature of the governor. 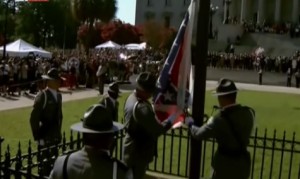 Confederate Flag Lowered. It will be placed in the Confederate Relic Room; there it will be on display.

The flag was removed from the Capitol’s front lawn during a ceremony at 10 a.m. Friday, Then, the flag will be placed in the Confederate Relic Room; there it will be on display.

The Confederate flag was removed from the South Carolina Statehouse where it had flown for 54 years, in a swift ceremony Friday before thousands of people who cheered as the Civil War-era banner was lowered from a 30-foot flagpole.