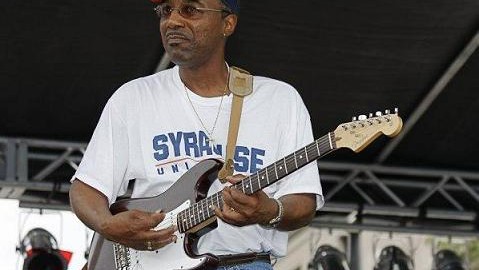 The sign that summer is officially here is the kickoff of “Southwest Showcase Sundays” presented by Jubilee Homes of Syracuse Inc. On Father’s Day, June 20th, 2010 Jubilee Homes will kick off its annual Summer Concert Series. This year marks the 11 year Anniversary of the family fun themed series which kicks-off like a tradition on the Sunday of Juneteenth Weekend at the “Spirit of Jubilee Park.” Jubilee Park is located on the 100 block of South Ave. in the City of Syracuse.

The entertainment line-up for this year’s kick-off event dubbed “Sire’s Sunday” is Erika Lovette, Firstborn, and the JProject band featuring: Mike and Jeff Houston. The headline act for the afternoon is the Soft Spoken Band. The Soft Spoken Band who has been performing for over 25 years in the CNY area features the lead vocal talents of Donna Alford. Brian Freeland also known as “World Be Free” will be the event’s emcee.

In addition to the live entertainment each of the Sunday events will feature food vendors and other activities for the whole family to enjoy. The entire list of dates for the summer series are as follows: June 20, July 18, Aug. 1, and Aug. 15. All events are free and open to the public starting at 4:00pm.