The Tick Identification Pilot Program Act of 2019 works to educate the general public on general tick-bite prevention methods, engage the public on tick-borne illnesses to improve public health outcomes, and collect data on tick populations as well as the frequency, seasonality, and geographic locations of tick encounters and/or bites.  Specifically, this legislation would establish a pilot grant program under the CDC allowing states to apply for grants to establish tick identification programs.  The tick identification programs would allow individuals to send pictures of ticks they encounter to a vector-borne biologist who would identify the tick and respond to the individual with:

“Year after year, our region is plagued with high rates of tick-borne diseases, like Lyme disease and Powassan —  and families and individuals out enjoying nature during the warmer months here in Central New York need to have better access to information,” said Rep. Katko. “The bipartisan measure I’ve introduced will complement much of the ongoing research here in our community at SUNY Upstate and ESF.  The bill establishes programming to ensure individuals who encounter ticks have rapid access to information on the tick, identify the likeliness that the tick was carrying a disease, and provide a recommendation on next steps towards seeking care.” 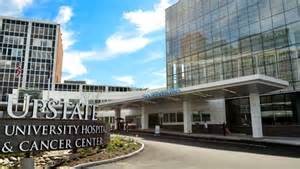 Dr. Stephen Thomas, Director of Upstate’s Institute for Global Health and Translational Science, said, “Through SUNY support, Upstate Medical University’s Institute for Global Health is building a state of the art vector biology laboratory where tick borne diseases will be studied in collaboration with SUNY ESF. Rep. Katko’s proposed legislation will support an important component of reducing the burden of tick borne diseases by providing resources for rapid identification of the ticks and rapid determination if the ticks are infected or not — information which could directly impact clinical care.”

According to Brian Leydet, PhD, assistant professor of Environmental and Forest Biology at SUNY ESF, the bill “would complement ongoing research at SUNY ESF and Upstate Medical University aimed at understanding the invasion of ticks into the Central New York region as well as novel prevention and treatment strategies for the pathogens they carry.”

“This timely legislation will facilitate to better understand the geographic expansion of ticks and tick-borne diseases in the United States. With the discovery of exotic ticks (Heamaphysalis longicornis) and Northward expansion of Amblyomma americanum ticks that are generally found in the Southern United States, there is a great need for innovative initiatives,” added Saravanan Thangamani, PhD, professor of Microbiology and Immunology at Upstate Medical University.

Rep. Katko was joined by Congressman Sean Patrick Maloney (NY-18) in introducing this measure.  Rep. Maloney said, “Getting smart about preventing Lyme disease and other tick-borne illnesses is important, especially as families across the Hudson Valley enjoy the outdoors this summer. I’m proud to help introduce a bill that will allow New Yorkers to use 21st century technology to get them the peace of mind or medical treatment they may need.”