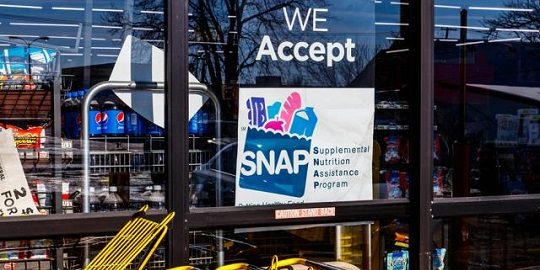 Governor Andrew M. Cuomo today announced that all Supplemental Nutrition Assistance Program recipients will receive next month’s benefits no later than March 7 – approximately one week earlier than scheduled. The early release is intended to ease the burden on recipients that have been forced to stretch February’s benefits for more than six weeks because of the recent unprecedented shutdown of the federal government.

“We will not allow the abject failure of leadership in Washington to jeopardize the ability of families to put food on the table,” Governor Cuomo said. “This early release of food benefits will provide a measure of relief to New Yorkers who rely on this critical program to make ends meet.”

At the Governor’s direction, the New York State Office of Temporary and Disability Assistance is issuing March benefits earlier than usual for most recipients to mitigate the hardships caused by the so-called “SNAP gap.” This means many New Yorkers will see next month’s benefits appear approximately a week earlier than their normal schedule. About 2.7 million individuals and 1.5 million households rely on SNAP benefits to make ends meet. In December alone, New York State issued more than $374 million to help New Yorkers avoid food insecurity.

The federal government directed states to issue SNAP benefits on Jan. 17 due to the government shutdown. Approximately 1.4 million households received their February benefits three weeks earlier than normal, to ensure sufficient funding was available. The regular benefits schedule for March was restored after the federal government reopened, causing some New Yorkers – especially those in New York City – to not see benefits until mid to late March.

In addition to issuing SNAP benefits early, the Governor has extended the annual Dr. Martin Luther King, Jr. Food Drive, which was set to conclude this week. Recognizing the increased strain on food banks and pantries, the Governor extended the food drive through the end of March to help state agencies collect additional food during a critical time for local banks and pantries.

Nearly 20,000 New Yorkers were furloughed during the federal shutdown and many more were working without pay for 35 days, leaving countless New Yorkers with no choice but to seek emergency food assistance for the first time. Also, as SNAP recipients exhaust their February benefits, food banks and pantries are expecting even greater demand, while dealing with limited resources.

Members of the public interested in donating money or non-perishable food items that have not exceeded their expiration dates can visit the Food Bank Association’s website at www.feedingnys.org/donate. New Yorkers can also support these efforts by volunteering with their regional food bank. Anyone interested in volunteering can find information at www.feedingnys.org/volunteer.

New York State Office of Temporary and Disability Assistance Acting Commissioner Mike Hein said, “We are working to help New Yorkers bridge the SNAP gap caused by the federal shutdown by getting March SNAP benefits to recipients earlier than usual. But we know many families will still be forced to seek assistance from their local food pantry. Everyone can play a role in this effort by donating food or money to help those in need.”

“Thousands of New York’s families rely on vital assistance programs for access to nutritious foods that might otherwise not be available to them. As food insecurity rises and our local food banks face empty pantries, I encourage everyone who is able to donate to do so. I thank Governor Cuomo for extending the Dr. Martin Luther King, Jr. Statewide Food Drive to help bridge the gap for those in need.” Added New York State Health Commissioner Dr. Howard Zucker

Kathleen Stress, Board President of Food Bank Association of New York State said, “We commend the Governor’s outreach and the efforts of the state to ensure that those experiencing hardships are well cared for. The decision to release SNAP benefits early for March and the extension of food drives demonstrates the importance of coming together as communities to help those who are trying to make ends meet. The nine-member food banks of Food Bank Association of New York State last year provided over 150,000,000 meals in every county across New York State. The work of our association and its members is possible through the partnership of more than 5,000 community-based food pantries and institutions who assist in the distribution of food and services to New Yorkers who are struggling with food insecurity.”