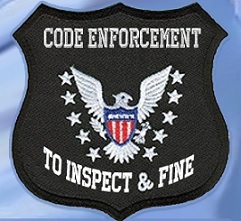 Miner: Bureau Will Let the City Fight Back Against Delinquent Property Owners and Use City, Court Resources More Efficiently

SYRACUSE, N.Y. – Mayor Stephanie A. Miner announced today that legislation enabling the city to begin a bureau to adjudicate code enforcement cases has been signed into law by Governor Andrew Cuomo. The new bureau aims to improve compliance and more easily levy fines from delinquent property owners cited for serious health and safety violations, while reducing the number of cases city attorneys need to bring to court. 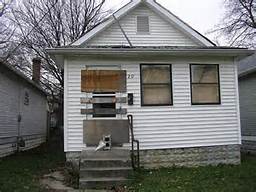 “The municipal violations bureau will give us the opportunity to fight back against delinquent property owners whose buildings are in deplorable condition while using court resources and city attorneys more efficiently,” said Syracuse Mayor Stephanie A. Miner. “The city and its neighborhoods will be well served by this new tool to address quality of life issues. I thank the members of our state delegation for their work in getting this important legislation passed and advocating for it throughout the process.”

“Addressing the quality of life issues in Syracuse is a priority for everyone who represents the city, regardless where you sit. I am pleased to have sponsored the municipal violations bureau legislation in the Senate and look forward to seeing the bureau get set up,” said New York State Senator John DeFrancisco. “This will empower the city to go after blight and bad landlords aggressively while reducing the burden on the court system and freeing up the valuable and limited hours of city attorneys.” 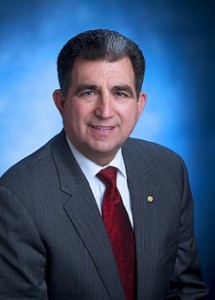 “As the sponsor of this legislation in the New York State Assembly, I am pleased it was signed into law.  Along with my legislation creating the Land Bank, this administrative adjudication bureau will provide the city of Syracuse with tools needed to maintain and improve the quality of life in our neighborhoods.  I thank the Mayor and Common Council for their support of this legislation,” said Assemblyman William B. Magnarelli.

The new bureau will operate much like the existing parking violations bureau, where individuals who are issued parking tickets are given the ability to contest them before an impartial arbitrator. In the municipal violations bureau, property owners will be able to either pay their violations directly or contest them with the final decision being that of the arbitrator. Individuals who are delinquent in paying fines levied by the bureau will be subject to increased fees based on a new schedule.

The state legislation was sponsored by Senator DeFrancisco and Assemblyman Magnarelli. The city will now propose local legislation before the Common Council detailing how the bureau will be run, which violations will be applicable, and the fee schedule for its associated fines.