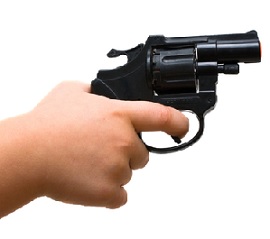 “In the wake of the tragedy in Parkland, Florida, Washington has responded with the same appalling complacency and inaction it provided to the hundreds of mass shootings that have devastated our country since Sandy Hook.

“Now, instead of taking action to keep our children safe, President Trump is trying to make it easier for individuals who commit serious crimes and those who are dangerously mentally ill to buy guns. It’s as shocking as it is dangerous. The President’s proposed budget slashes critical funding that states like New York use to strengthen background reporting on potential gun buyers. This reckless measure would undermine the very safeguards that protect us and put the American people in harm’s way.

“In New York, we are doing the exact opposite. Following the Sandy Hook massacre, we actually did something and passed the strongest gun safety law in the nation. As of December 2017, 75,000 people deemed to be dangerously mentally ill by a licensed mental health professional have been added to a database to keep guns out of the wrong hands. This year, we are taking new steps to keep guns away from dangerous people by proposing to remove all firearms from those who commit domestic violence crimes.

“Instead of cutting funding for critical security measures, the President should follow our lead and advance common-sense gun safety legislation. The American people have waited far too long.”