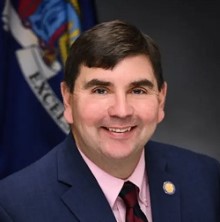 “New York’s recreational marijuana law adopts the lessons learned from other states and could be a model for the rest of the country. It’s clear we have struck the right balance of allowing for safe and responsible adult consumption while starting to address the longstanding racial inequalities that marijuana enforcement has caused communities of color.

Marijuana is already prevalent, unregulated, and easily accessible. Many New Yorkers travel to neighboring states where it is already legal.

This new industry will be an economic driver for New York with the potential for significant job creation. The revenue for the state will be billions of dollars in the years ahead – and that will mean more money for schools, drug treatment efforts, and Central New York communities.