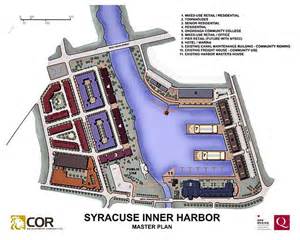 SYRACUSE, N.Y. – In November 2015, COR Development applied to the Onondaga County Industrial Development Agency (OCIDA) for their PILOT agreement on the Inner Harbor and listed all properties they wanted the agreement to cover. On December 15, 2015, the OCIDA board voted on a resolution to induce the PILOT agreement and, included in COR’s application, was the land for the hotel. The City sued COR Development on December 15 based on their application. On December 17, OCIDA changed the PILOT, having their Executive Director sign a document which did not include the hotel parcel.

This once again demonstrates the tactics that COR Development has used to bypass the City of Syracuse and go to OCIDA, circumventing their commitments to the City.

The City of Syracuse has presented the following document as part of their case. OCIDA COR Application Highlights_Final