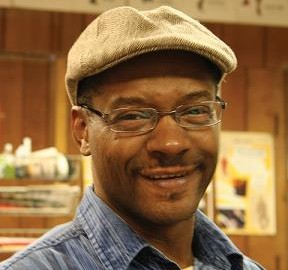 Spoon out 10 level teaspoons of sugar to see about how much sugar (actually high-fructose corn syrup) is in a 12-ounce can of regular soda pop. Spoon out 17 teaspoons for a 20-ounce bottle. Can anyone imagine consuming that much sugar at one time?

-From the Center for Science in the Public Interest

You’d think they were taxing tap water the way people are rebelling against the beverage tax on sugary drinks. The commercials in support of the initiative show little fat kids rolling out of school on their way to die of Diabetes. The solution proposed by the governor and others involves taxing sugary drinks like Pepsi, Coke, etc.

From the initial public reaction you’d think someone was trying to take away something that’s in the Constitution or the Bill or Rights, Life, Liberty and the pouring rights of sugary soft drinks.

In the meantime, those who don’t want the tax are portrayed as Boston Tea Party participants defending their sugar laden drinks until the end. Hysteria has been whipped up about spending these “sugar tax” funds for children’s health care – the critics are not moved. Some critics were blunt, “It’s like lotto, dedicated education funds -right?”

In the beginning I thought it was a bunch of mess with government intruding into the personal consumption of legal products by individuals; it’s an individual rights thing, I thought.

Until I visited the Doctor and found that my Diabetes, which has been under control since it was discovered, is now on its way to being out of control. I remember growing up in a house that had a 6 pack of soda in the fridge at all times, milk, eggs, corn meal and Pepsi- the staples!

But since discovering a family history of Diabetes we’ve changed the way we eat. Candied Yams aren’t as candied, and rarely does fried chicken make an appearance at a family dinner. The Pepsi has been replaced by Ice Tea or good old fashion water.

I have to avoid all of those things that were once good and tasty. I’m now urged by dietary constraints to turn in potato chips for a banana, switch from white bread to a whole grain product.

On the surface these warnings and precautions taken on behalf of children seem like the proverbial boogie man of conservatives “the Nanny State.” But when you start analyzing the data it’s startling that one in 10 people in this area is a Diabetic!

Authorities are sounding the warning about Diabetes, childhood obesity and the health risks for a generation of children.

We’ve eliminated gym in schools, now kids just play video games or watch television. When I was younger it just seemed like everyone was in better health, seeing an obese child was not common, but today it’s the norm. There are a lot of little fat children rolling out of school and into our health system.

To help reduce the consumption of soft drinks, especially non-diet varieties, the Center for Science in the Public Interest makes these and other recommendations:
National and local governments should require chain restaurants to declare the calorie content of soft drinks and all other items on menus and menu boards.

The Food and Drug Administration should require labels on non-diet soft drinks to state that frequent consumption of those drinks promotes obesity, diabetes, tooth decay, osteoporosis and other health problems.

School systems and other organizations catering to children should stop selling soft drinks (as well as candy and other junk foods) in hallways, shops and cafeterias.

State and local governments should consider levying small taxes on soft drinks, with the revenues earmarked for promoting health and fitness.

A national 2-cent tax on a can of soda pop would raise $3 billion annually.

Before you start crowing about “rights” and “personal responsibility, think of the child suffering from a chronic disease that was preventable. Consider the fact that high fructose corn syrup has become a major food group crowding out what’s needed to provide decent daily nutrition.

When I was growing up fast-food was it! Hamburgers, sodas, pizza, McDonald’s, Burger King, the Red Barn, and who could forget Carrol’s. These establishments gave Americans a respite from the kitchen with a fast-food treat that would take you away from cooking that day. Today, fast-food has replaced the home kitchen as a place to get your daily nourishment.

As we consume more and more of these treats we may find our children contending with reduced life expectancy due to the onset of chronic disease caused by consuming at our favorite fast-food joint or drinking your sugar laden Big Gulp.