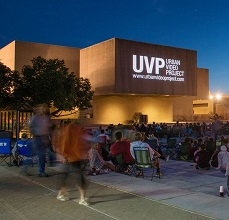 The Everson presents the annual Summer Film Under the Stars Series, in partnership with Urban Video Project and M&T Bank.

Bring your blankets, lawn chairs and snacks and settle in on the Everson Community Plaza to enjoy films projected onto the facade of the Museum building.

7:30pm Pre-show activity. Films begins at dusk FREE and open to the public 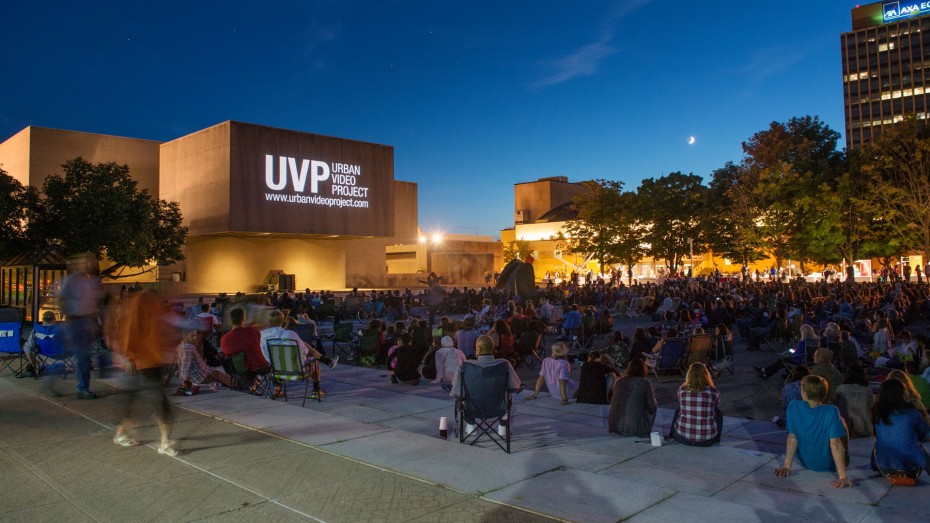 A fanatical U.S. general launches a nuclear attack on Russia during the Cold War, but the President and his advisors are shocked to learn that the Russians have technology to destroy the world in the event of an attack on them.

Join us before the film, and make your own political buttons!

A hacker learns his world is a virtual-reality simulation run by malevolent machines, and joins a group of superpowered revolutionaries aiming to tear down the system.

Before the film, watch a martial arts demonstration. Learn about silk screen printing with Justin Mastrangleo and his mobile printing cart, then make your own print to take home.

A tornado whisks young Kansas native Dorothy and her dog Toto away to the magical land of Oz, where they befriend a Scarecrow, a Tin Man and a Cowardly Lion on their journey to confront the Wicked Witch of the West and visit the wonderful Wizard of Oz.

Before the film, join in art-making and create your own badge of courage. Local social service organizations will be on hand with information about upcoming events, programs and opportunities to get involved. Meet special guests from the land of Oz in partnership with Oz-Stravaganga.

In the critically-acclaimed thrill ride, Get Out (dir. Jordan Peele), Chris and his girlfriend Rose go upstate to visit her parent’s for the weekend. At first, Chris reads the family’s overly accommodating behavior as nervous attempts to deal with their daughter’s interracial relationship, but as the weekend progresses, a series of increasingly disturbing discoveries lead him to a truth that he never could have imagined.

Before the film, join us for an arts and culture fair featuring dozens organizations from around the region. Participate in art-making activities and get information on upcoming exhibitions, events, and how to get involved! Food trucks plus free popcorn and lemonade!